by Emilio Puccio
in Opinion 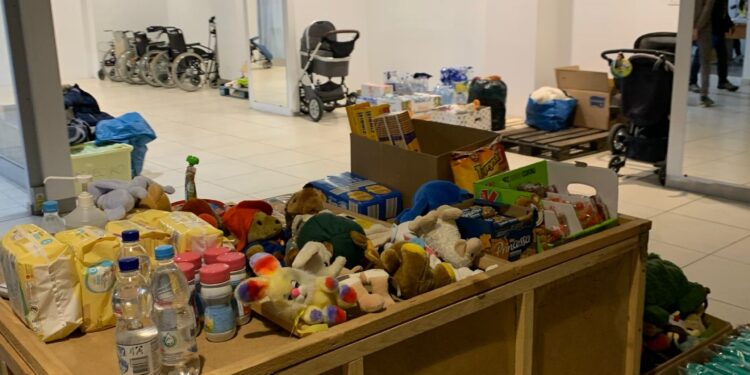 Belgium, (Brussels Morning Newspaper) Children are always paying the highest toll during crises and war, with long-lasting consequences for the years to come and huge psychological trauma that will haunt them for long. Unfortunately, the images we see today from Ukraine are not new to the world. They echo, in fact, the disasters of other conflicts, where hundreds of thousands of children have been forcibly displaced and brutally killed at the hands of adults. We have seen it already in Syria and continue to see it in Yemen and other parts of the world.

According to the latest UNICEF Report, since the beginning of the war, over 3.7 million refugees have fled Ukraine, with women and children accounting for 90% of the fleeing population. A humanitarian crisis is unfolding before our eyes, right on our doorsteps: within Ukraine there are already more than 7 million internally displaced people.

Last week, I undertook a 3-day field mission to Poland along the border with Ukraine. The mission was led by the Intergroup on Children’s Rights and gathered representatives of the three EU institutions, in full display of EU unity and solidarity.  The delegation encompassed Catharina Rinzema MEP (Renew, Netherlands), Vice-Chair of the Intergroup on Children’s Rights, HE Adrien Taquet (Renew), French Secretary of State for Child Protection and Families and Diane Schmitt, EU Anti-Trafficking coordinator from the European Commission. 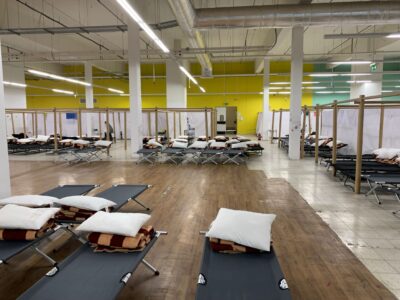 We visited one of the permanent reception centres in Warsaw – accommodating around 300 Ukrainians almost entirely children and women, as well as a full day to the Polish border with Ukraine. The delegation also visited one of the temporary accommodation centres set along the border, in Chelm – at 17 km from the border with Ukraine, and the only temporary accommodation and registration centre for orphans and children with disabilities in Poland in the municipality of Stalowa Wola. Many are interests at stake, but we should never lose sight of the broader picture, and what should always be the primary goal: the urgent need to protect and take care of children.

With that in mind, there are a number of urgent needs to address. It is of paramount importance to build a robust registration system at the border with the presence of child protection officers to keep track of children entering the EU and ensure a proper handover to the national child protect ion systems. Only by doing a registration system in an orderly fashion, we can have a more detailed account of the vulnerabilities and the specific needs of these children.

As a result of the field mission, we strongly advocate for an EU strategy to step up humanitarian actions on the ground to rescue Ukrainian vulnerable children, in particular those from institutional care, foster care, children in hospitals, children with disabilities, war orphans and unaccompanied minors, especially in combat zones. 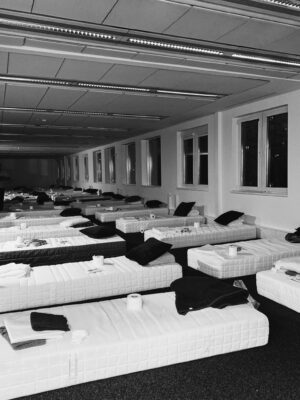 Even before the war started, Ukraine had a problem with children in institutions, hosting over 150.000 children – the single-largest figure in all Europe. It was heart-breaking to see the Ukrainian orphans with very severe disabilities evacuated and hosted in the centre of Stalowa Wola. These children are in urgent need of constant care and require adequate structure with qualified personnel.

As the neighbouring countries are coping with the huge number of refugees and most of the actions are, of course, aimed at addressing the emergency, it is key to already work out a long-term strategy to ensure children are enrolled in schools. This should be done either in the national curricula of hosting countries or through distance learning programmes in accordance with the Ukrainian government, so that children do not miss out on important formative years of education.

We cannot leave all the neighbouring countries alone, it is important that we help strengthen the child protection systems in hosting countries to enhance psychological support and access to basic services, such as education and health – including vaccinations, for Ukrainian children on equal footing with children from the host countries;

Finally, it is important to set up a relocation mechanism of the Ukrainian children among all EU Member States to reduce the pressure on neighbouring countries, with particular attention to children with disabilities, whom require a special care and adequate accommodation facilities.

This war is becoming more and more a war on children and the EU is now called to show leadership to address the specific plight of Ukrainian children, making sure we are leaving no one behind. It is our duty to provide these children with concrete answers, to build a system in which children are properly protected and accurately heard. There is an entire generation of children on the line and we need to join forces – from policy-makers, legislators (at all levels) and civil society organizations – to ensure these children are given a real change to excel in life and reach their full potential.