The Future of Security in Space 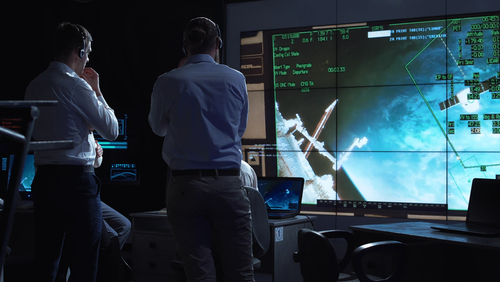 Greece (Brussels Morning) Recently, Russia’s new space leader said that his nation would leave the International Space Station in 2024. The decision to leave the station after 2024 has been decided, said Yuri Borisov, the recently appointed director general of Russia’s space agency, to Russian President Vladimir Putin. “Of course, we will fulfill all our duties to our partners,” he added.

In contrast to official conversations between NASA and Roscosmos, Russian space commander Borisov’s comments mirrored those of his predecessor, Dmitry Rogozin, who occasionally signaled an intention to leave the space station throughout his tenure.

Τhis decision widens the gap between Russia and the West to a completely different scale. We are not talking about the Cold War but about the beginning of the division of space. A separation that is very interesting to see how it will be achieved at a political and “space strategic” level.

On November 15 of 2021, Russia conducted a direct-ascent anti-satellite test that resulted in the destruction of the defunct Russian spy satellite Kosmos-1408 and the risk to other spacecraft.

Worth noticing is that the first-ever UN meeting to explore standards for and potential restrictions on military actions in space had been purposefully postponed at the beginning of the year due to opposition from Russian diplomats.

However, sanctions imposed on Russian state-owned factories limit their access to advanced technology. And unlike other space powers, Russia’s military forces are unable to rely on commercial space systems due to the underdeveloped domestic market for commercial space services.

Why Does Space Security Matter?

It is crucial for the West to comprehend fully a fourth domain where the Kremlin can try to win superiority through its arsenal of aggression: space, as ferocious Ukrainian resistance hinders the invading troops. This is especially important because Moscow’s nuclear infrastructure depends on space capabilities.

Despite numerous defeats over the years, Russia’s billion-plus dollar military space program has recently moved its emphasis to technologies that allow it to jam or interfere with the space assets of other countries. According to Atlantic Council, Russia may have already tried GPS spoofing—faking geographic coordinates—and jamming in Ukraine. This might hinder Ukraine’s employment of weaponry and unmanned aircraft while hiding Russian military movements.

Over 1,000 of the more than 2,200 satellites in orbit, including 189 military satellites, are owned by American businesses, government agencies, and scientific organizations, according to the Union of Concerned Scientists’ satellite database and space-launch reporting.

We also have a rising issue with space pollution brought on by an enormous rise in satellites and space junk. Just to give you some numbers, there have been 11,800 satellites sent into orbit since the 1960s, of which 4,550 are still in use today. In the next ten years, more than 20 000 additional satellites are anticipated to be launched, and this is just a cautious estimate.

The United States and its allies are getting more concerned as China advances with a number of space-related activities. As Beijing’s space programs advance, Pentagon officials have grown more concerned in recent years about the susceptibility of spacecraft to anti-satellite missiles.

China’s hypersonic missile launches showed how unmanned aerial vehicles and cyberattacks will be used in the next major conflict. The Biden administration has so far chosen to ignore the red flags.

“To explore the vast cosmos, develop the space industry and build China into a space power is our eternal dream,” stated President Xi Jinping.

Beijing has signed 46 space cooperation agreements or memoranda of understanding during the previous five years with 19 nations and regions as well as four international organizations. With nations like Egypt, Pakistan, and Nigeria, it has established satellite research and development facilities.

It’s a legitimate worry in terms of space since China doesn’t distinguish between military and civilian or commercial activity like the US and many other Western nations do.

Europe, thankfully, is a also major player in the space race; its space industry generated €74 billion in revenue in 2019, accounting for between 15% and 20% of the global market, and employing 48,000 people directly. With Copernicus, the largest Earth observation system, and Galileo for positioning, navigation, and timing, the EU is becoming more and more involved.

The new Multiannual Financial Framework includes a 13,2 billion euro budget for the Space Programme, the largest ever space budget at the EU level, under the direction of my colleague, Commissioner Breton.

To maintain the pace, continue to be a major player in space, and increase our strategic autonomy there, we will need to take additional action in the future.