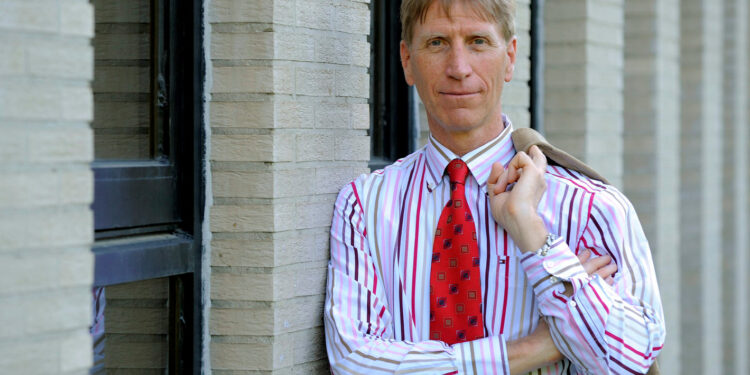 Brussels, (Brussels Morning)- Former rector of the Vrije Universiteit Brussel Paul De Knop passed away on Thursday. Shortly after the end of his mandate as rector, he was diagnosed with melanoma cancer. He was 67. De Knop leaves behind a wife, four children and six grandchildren.

“We are not only losing an icon of the VUB, which has lifted the university enormously at administrative, financial and academic level. We are also losing a strong personality with a big, warm heart,” says Chairman of the Board Karsten De Clerck. “The VUB owes a lot to Paul. His quick thinking, his dynamism, his versatility. Always committed to the VUB, even after his rectorship and during his illness. We will miss him immensely.”

Paul De Knop was rector of the VUB from 2008 to 2016 and saw this not only as an academic assignment, but also a management function. He committed to the independence of the university and played a major role in the reorganisation, reform and professionalisation of the VUB, says BRUZZ.

During his two mandates, he developed an ambitious General Strategic Plan that led to an investment program and the largest expansion of the campus since the 1970s.

“We are going to miss Paul enormously,” says ad-interim rector Jan Danckaert. “His drive, his work ethic and optimism, his passion for the VUB. He committed himself to the very end. He has laid the foundation that will make the VUB future-proof and allow it to continue to grow. His passing is very uplifting for me and the VUB community. sad.”

In June, De Knop was awarded the title of honorary rector together with former rector Caroline Pauwels. They received this honorary title for their exceptional performance during the rectorship and to thank them for their years of commitment and passion.

“When Paul De Knop started as rector in 2008, many colleagues saw a bleak future for the university,” says De Clerck. “The expectation was that the university landscape would be thoroughly redesigned and that the VUB would largely have to give up its independence. Paul De Knop resolutely opposed this from the start. Optimism is a moral duty, it invariably sounded.”

“He managed to once again make the VUB community proud of the VUB. Due to his grand building plans, he was fondly called Paul De Bouwer by the VUB community. Paul was also an enthusiastic bridge builder, with a rock-solid network. The VUB community can only be grateful for the mountains he has moved during and after his double rectorship,” concludes De Clerck.

During his treatment for melanoma cancer in UZ Brussel, De Knop set up the VUB-UZB Paul De Knop fund for immunotherapy. The aim is to promote multidisciplinary scientific research at the faculties of Medicine and Pharmacy and Science and Bioscience Engineering of the VUB and at UZ Brussel. “I have offered my attending physician to help him raise funds, not for myself, but for others,” he said at the time.