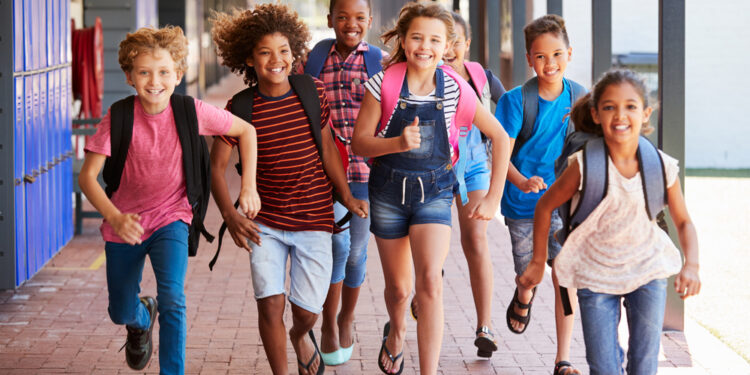 Brussels, (Brussels Morning)-  As every year, the start of the new school year is accompanied by a number of novelties. This time it concerns, among other things, new registration rules, a different school calendar in French-language education and measures such as the teacher bonus to tackle the teacher shortage.

Starting teachers – lateral entrants and others – who do not yet have a pedagogical diploma, can receive a teacher bonus from 1 September. This allows them to get up to 3 hours per week leave for their teacher training, with full pay. They will also be able to save those hours and bundle them into certain (exam) periods, when they are most needed. They can then make agreements about this within the school.

Schools can appoint staff from 1 October if there is a shortage of teaching staff. The intention is that they take over tasks from teachers, who can then focus on their core task. The staff can then help, for example, by taking over supervision or helping with differentiation in the classroom. Special education may also involve paramedical, medical, social and remedial educational staff. For this purpose, the school may convert up to 20 percent of its vacant teaching times or hours into points or into special education hours into hours and then use them in offices of policy and support staff.

Figures from VDAB show that two weeks before the start of the school year, there are still 2,400 vacancies in education. Weyts has already taken measures to attract more people to education. For example, lateral entrants can take ten years of seniority with them, there will be a teacher bonus for those who want to teach but do not yet have a certificate of pedagogical competence and the rules for permanent appointments have been adjusted so that starting teachers can more quickly see a permanent appointment.

The registration fee is still new this school year. Schools in primary education and the first year of secondary education that do not have enough space to enrol all students are required to have students register digitally in order to be able to refuse them on the basis of capacity. The new rule applies to registrations during the 2022-2023 school year for the 2023-2024 school year. An application system is being developed, but schools are not required to use it. They can choose how they organise the registrations. The new rules do not yet apply to special education. That will continue for another two school years with the existing rules.

Psychologists are given a more prominent place in school. From this school year, they can offer group sessions at school to prevent children and young people from developing more serious mental problems. The plans are part of the reform of Federal Minister of Health Frank Vandenbroucke (Vooruit) regarding psychological care. External psychologists – not those from the Pupil Guidance Centres – will come to schools to work preventively on the mental health of children and young people.

CLBs should no longer be required to be involved in any decision to let students repeat a year. The class council gains that confidence, which means less planning burden for the CLBs. The school is of course always allowed to consult with the CLB and the parents always have the right to obtain the advice of the CLB.

Nevertheless, fewer Ukrainian children are starting in Flemish education this school year than expected. Preliminary figures show that it concerns about 5,600 children, says Flemish Minister of Education Ben Weyts (N-VA). He points out that more registrations will be added. The influx of Ukrainian children is greatest in primary education.

Distance learning will be restricted

There will be an upper limit on the number of hours that students can take lessons from home. The new rules are being introduced at the request of Catholic Education, among others. That umbrella previously complained that distance learning is now in a gray zone.

For example, schools must be sure that students have received the subject matter properly before they are given a test on it. In distance learning, parents or students could argue that the teacher could not be sure. And so the door was open to challenge school results.

Minister Weyts now wants to remove that uncertainty. For example, secondary schools will have to record in the school regulations for which subjects they organise distance learning and how that subject matter is evaluated. There will also be a general upper limit on the number of hours that schools may provide distance learning.