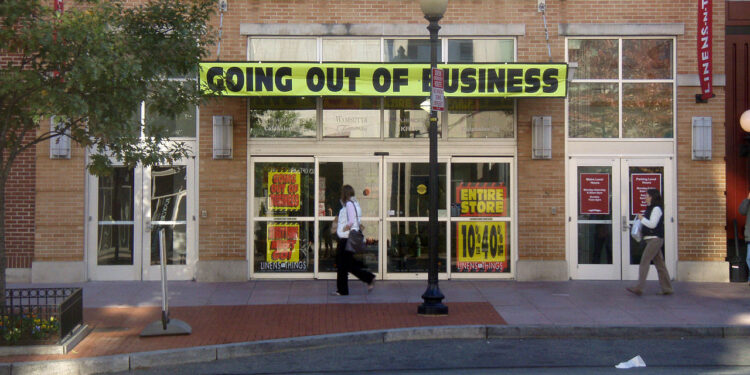 This was reported by the trade information office Graydon Belgium on Friday. March seems to herald an important turning point in the evolution of bankruptcies, now that companies that ran into difficulties during the corona crisis are also being targeted.

“The increase is a direct result of the resumption of the summons for bankruptcy within specific provinces by the specific government agencies, the tax authorities in particular,” says Graydon. “It is important to note that corporate courts now also include subpoenas related to newer files; they are no longer limited to those files that were pending before the first lockdown.”

Almost twice as many bankruptcies in Brussels

However, because the recovery is still incomplete and geographically not yet fully developed, Graydon expects a sharp evolution in the bankruptcies in the coming months. After all, some authorities still appear to be reluctant at the moment and many companies still make use of deferment of payment granted by the same administrations.

At a quarterly level, Graydon sees an increase within the Flemish Region by +60.2 percent and within the Brussels Region by +88.6 percent. Within the Walloon Region, this increase is limited to +7.8 percent.

Graydon adds that our corporate fabric is also fully confronted with new shocks, such as the accelerating inflation, the associated rising wage costs, supply problems and the effects of the Russian invasion of Ukraine. This too cannot but have consequences in the long run, it says.

Tags: bankruptcyBrussels economyFeaturedMain-Sliderrise in bankruptcies
No Result
View All Result