Ciros Gomes and the path to a brighter Brazil 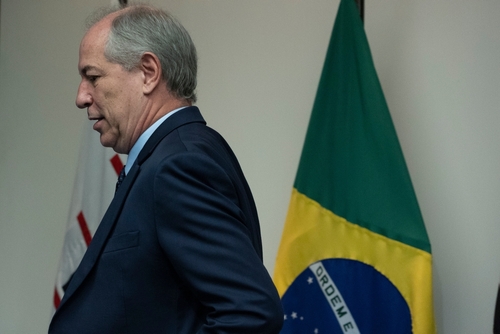 São paulo São Paulo Brasil - 07 21 2022: Candidate for the presidency of the Republic of Brazil, Ciro Gomes participates in a round of talks at FIESP in São Paulo

Belgium, (Brussels Morning Newspaper) Brazil, a country with more than 214 million citizens, home to several natural wonders like the Amazon rain forest, the Pantanal region, the peninsular region of Fernando de Noronha, and so many other places, the birthplace of amazing cultural heritages like samba, capoeira, funk, bossa nova, is currently in the final stages of its presidential election.

However, the main contenders, Lula da Silva e Jair Bolsonaro, continue to represent the system that maintains and reinforces one of the most unequal societies on Earth. One that concentrates the wealth of the lowest 100 million citizens in the hand of 5 billionaires. That continues to use interest rates to benefit the financial and banking system leaving the middle and lowest class the burden of daily survival.

Which gives tax breaks to the richest and pushes the majority of its citizens to a brutal and very informal way of making a living. That continues to have high rates of unemployment, and precarious labour, that disregards new professions in the digital age and that condemns the majority of its citizens to a future without social benefits. A system that does not embrace Brazil as a regional and global upcoming power but reinforces its status as a global colony for external investors and other nations.

And this economic vision is promoted by the two main candidates. Although very different individuals they are united in their policies. They vowed to maintain the status of the Brazilian Central Bank, which was given during the pandemic the independence to freely rule the baking and financial system, favouring certain interests and not benefitting the Brazilian economy, and to maintain the “criminal” privatizations that burden the daily life of Brazilians. They will also maintain the price of its oil, set by its national producer Petrobras, linked to the Dollar, continue to deregulate animal farming, the most damaging industry of the country, especially to the amazon forest, and will leave the education model, the basis of the development of all countries, as it is.

Meanwhile Ciro Gomes, for defending an economic and social model based on international best practices in several key areas like banking, financial system, and education, and for fighting the biggest lobbies in Brazil, is being strongly attacked by the status quo. Curiously, he’s being attacked in his personality and not his policies. Why? Because Lula and Bolsonaro are promoting the illusion that there is a fight between a saviour and a fascist/communism, when both defend the same economic and neoliberal model, strongly connected to the elites. But the strategy to narrow the debate and the choice of the Brazilian society to a two-man show is an opportunistic way to not debate policies.

The attempt to destroy Ciro Gomes character is not innocent and has a clear goal. Everyone but him. Why? Because he is a real danger to the current political, economic and financial system due to a politicized debate on how Brazil is nowadays a colony for the financial and banking system, which oppresses the daily life of millions and that destroys their most important ecologic assets for a global chain of mindless consumption.

Whatever the result of this first round, happening in October 2, Ciro will be in history as being the only candidate that continued to promote a serious debate on how Brazil is being strangled by the elites and how it is destroying its own future. But especially because he promotes a way out of this crisis with a fresh and feasible new social, economic, and ecologic Program of National Development for Brazil. Whatever it comes Ciro will be a landmark in the democracy of Brazil.