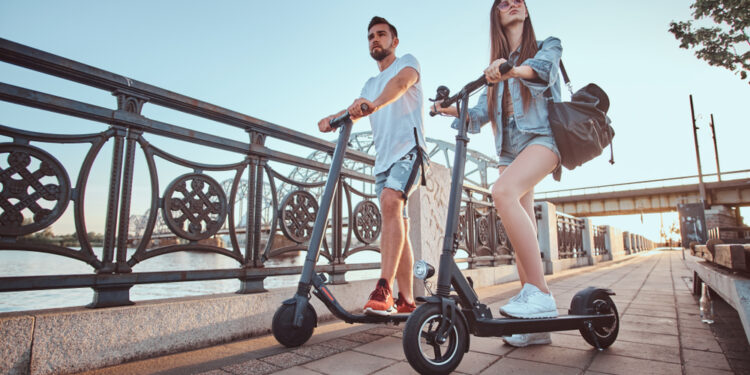 Brussels, (Brussels Morning)- With the arrival of the electric scooters from Poppy, Brussels now has eight shared scooter providers. According to the D’Ieteren daughter, that is no problem. “We have recently seen an explosion in the number of scooters in Brussels. There are more and more users.”

In the coming days, Poppy will distribute about 1,500 red shared scooters over the streets of Brussels. This makes it – after Bird, Lime, Tier, Pony, Voi, Dott and Bolt – the eighth share scooter provider in the Brussels region. No problem, CEO Sylvain Niset told BRUZZ.

“We have recently seen an explosion in the number of scooters in Brussels. There are more and more users. So there is certainly room for another scooter share provider, otherwise we would not have taken the step. Moreover, we have been present in Brussels for a long time and we already have a base of users, so we’re not starting from scratch. We also expect new users to join.”

For the time being, the scooter share market in Brussels is not regulated, unlike Antwerp, where only three providers are allowed: Bird, Lime and Poppy. “But we do expect that Brussels Mobility will soon regulate the market, although we don’t know how today,” said Niset. “After all, there is an explosion of scooters and they may want to regulate that. They may also limit the number of suppliers here.”

Should Poppy be concerned in that case? “Of course nobody is sure whether he can stay in Brussels in that case. But Poppy is one of the oldest operators in Brussels. It is also possible that performance measures will be requested, such as the number of average journeys that a scooter travels. Poppy is already used to working with it. We have a good relationship with the Brussels government, but that is not safe conduct. We will certainly remain present with the cars and we are the only provider that offers the combination with scooters.”

It is not the first time that Poppy has launched shared scooters in Brussels. However, the first generation of scooters was of insufficient quality, so they were taken off the market a while ago . Poppy’s shared scooters also disappeared from the Brussels streets last year after problems arose with the batteries.