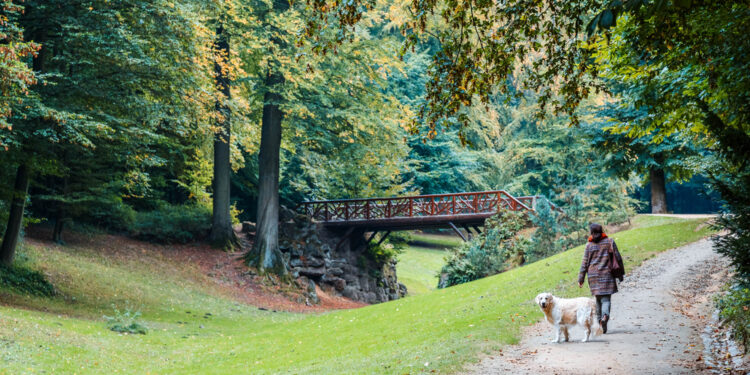 Brussels, (Brussels Morning)-  In order to be able to tackle global warming, the share of beech trees in the Sonian Forest will have to decrease (slightly) in due course. Foresters are already opting for more variety in the trees. A welcome newcomer is the sessile oak, but it is also popular in the rest of Europe. “Tree nurseries can’t follow,” says the ranger.

After a dry spring and an equally dry July, the trees in many Brussels parks are a bit withered. They are already losing colour in the crown or their bark is coming off due to sunburn. This can also be seen on the edge of the Sonian Forest. A birch next to the Herrmann-Debroux viaduct seems to be nearing the end. “Of course it is in full sun,” says forester Bart Swerts of Brussels Environment. “It is better in closed forest stocks, where the sun cannot reach the bottom.”

Swerts is working on his annual inventory of forest vitality, a measurement he makes himself with his binoculars. He counts exactly how many leaves are missing from the trees and how many dead branches he can see in the crowns. “We are not seeing any major differences with previous years for the time being,” says the forester, who has been taking the measurement for ten summers. “On the beach there is an average of 27 percent defoliation and that remains fairly stable.”

Are already victims of the past, dry years: the Norway spruce, the Douglas fir and the larch, three exotic conifers. “We can assume that they will languish,” says Swerts. This year, the inventory also pays special attention to the ash trees, which are under pressure from an Asian fungus. “On top of drought or heat, something like that can be the straw that breaks the camel’s back,” says Swerts.

Swerts is therefore not too concerned about the global condition of the beech trees, which occupy about 65 percent of the Sonian Forest. As his Flemish colleagues said in a BRUZZ report two years ago , the beech trees in the forest appear to be reasonably resistant to dry periods . Still, the forest will remain healthier if more and more other trees are planted between all those beech trees, says Swerts.

“If you mix species, you get a forest with more structure. Trees that grow faster or slower, trees that allow more or less light to pass through: these all ensure a healthy microclimate,” he explains. “And that will keep the moisture content in the forest at a better level.” This is necessary, because the groundwater level in and around the forest has been falling for more than five years. The 2018 forest management plan foresaw that the share of beech trees in the forest should decrease by ten percent by 2042. “That will probably be more,” says Swerts now.

To vary between taller trees and lower shrubbery, Bruxelles Environnement looks, for example, at the hazel, a lower tree species, or the sessile oak. It is more drought resistant. “We are already planting the sessile oak in large numbers, but that is now being done throughout Europe. To the point that you can hardly find that species at specialised nurseries,” says Bart Swerts. Brussels Environment is now thinking of its own ‘harvest’ of acorns from the Sonian Forest, in order to grow new sessile oaks in collaboration with professional nurseries.

We still have to wait a while for concrete harvest plans with the acorns, but this year there are more acorns and beechnuts than usual. Such a so-called mast year now occurs on average every three years in the forest. “It is a good year of testing for collecting the acorns and spreading them on new surfaces,” says Swerts. “That’s called giving nature a helping hand.”