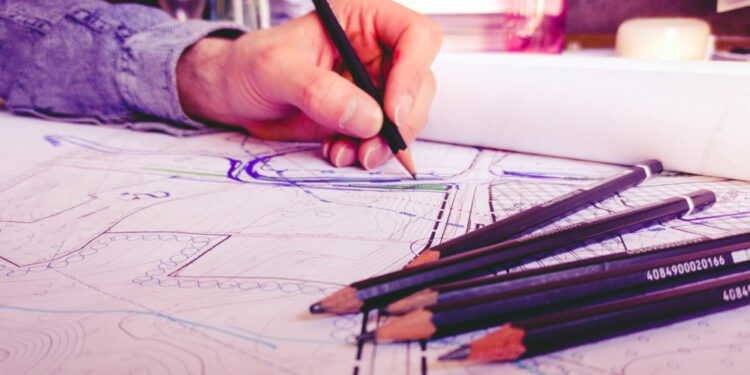 Brussels, (Brussels Morning)-  Lucien Kroll, one of the most important figures of Belgian post-war architecture, is no more. Kroll passed away Monday at the age of 95. The Brussels architect was a pioneer in sustainable construction and became widely known for his design of La Mémé, the medical faculty of the Université Catholique de Louvain, which he realised together with students.

Kroll studied architecture at La Cambre and lived and worked in Brussels, where he ran the Kroll architectural office with his wife Simone.

His realisations include the Maison Médicale (La Mémé) in Woluwe-Saint-Lambert, the sustainable new housing development Ecolonia in Alphen aan den Rijn and the Zilvervloot in Dordrecht. Kroll also designed many schools and (social) housing in Italy, France, the Netherlands and Belgium.

And that in an innovative way. “Lucien viewed architecture as a parts machine,” explains Boutsen. “He looked at those parts with the computer. He even developed a program for it, as the first architect.” Paysage , the software was not called by chance. “You can use a computer to create a landscape for and with people, he reasoned.”

Kroll has known different periods as an architect. “His career started with building typical, golden sixties houses,” Boutsen says, “but it would ultimately be the ideas of May ’68 that definitively defined Kroll’s work.”

“It is the most beautiful result of the thinking of May ’68, namely that architecture is something for and with people.” Kroll put habitability first in his designs. “Why put people in the same homes if they are all different?” According to Boutsen, that was the adage of the architect, who also disseminated his ideas in articles with which he combated the mainstream architecture at the time.

Iconic of Kroll’s hand is the metro station Alma (1979-1982), with decorations by his wife Simone, but by far the best known remains his design of La Mémé. Kroll worked on this student housing complex on the UCL medical campus in Woluwe-Saint-Lambert until 1971. Unique was his collaboration with students, whom he closely involved in the design and construction.

“Kroll’s designs took into account how most people view architecture, namely nostalgia,” continues Boutsen. “People like kitsh and decoration. When they travel, they visit an old building or a cathedral, precisely because it has grown naturally and contains a lot of charming work.”

The architect integrated this observation into his work. “Roofs that staggered, frivolous colours, urban design patterns that carry diversity, that is what typified Kroll.”

“By this way of working, buildings, once they are finished, already carry a whole history of creation,” says Boutsen passionately . is completely finished.”

Yet Kroll is not getting the attention he deserves, according to Boutsen. “Architecture students around the world, from Japan to the US, know him as an important landmark figure, but that’s where it ends.”

That has a lot to do with how La Mémé was initially received. Illustrative is how the famous Dutch architect Rem Koolhaas, in his own words, took 30 years to grasp the beauty of Kroll’s work.

“Classical critics like Geert Bekaert saw it as a kind of denial of what an architect should do,” Boutsen recalls. “A banal representation of things,” he thinks. “Mémé is the first truly deconstructivist building in the world. Real postmodernism with a shell structure (a sustainable shell structure, which is then filled in). The concept of ecology may have been an invention of the French philosopher Félix Guattari, but Lucien Kroll translated it into architecture there.”

“Kroll was a forerunner in ecology, participation and shell construction,” concludes Boutsen. A pioneer in many areas.