Brussels organic shops are having a hard time 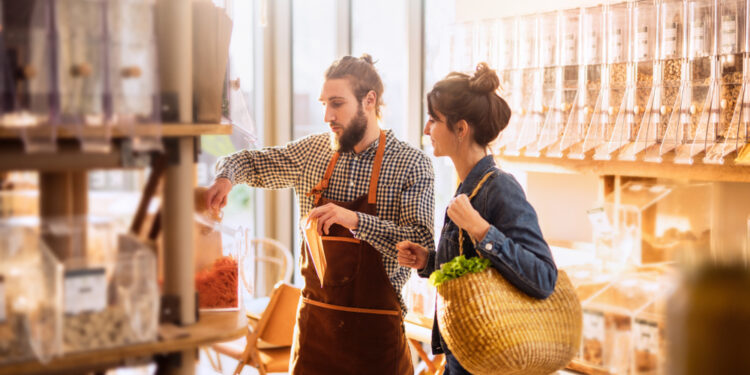 Brussels, (Brussels Morning)-  Corona years, the war in Ukraine, rising energy prices… There are more than enough reasons that make life more expensive. And the organic stores have noticed that too. Sustainable food is apparently on fewer and fewer shopping lists. “The first thing people save on is food, and therefore less organic.”

Aboudi Eissaoui has been the owner of Natural Corner for 14 years, an organic shop in the centre of Brussels, located between Manneken Pis and the Mont des Arts. Still, July 2022 is the worst month the store has ever known. “In a very short period of time, we saw a 30 to 50 percent drop in turnover. It is the first year that the drop in figures almost forces us to close, I fear I won’t make it to 2023,” he says. “Besides, I’m only a small shop, I do everything myself “, he said to a BRUZZ reporter.

But it is not only the small organic shops that are suffering from declining income. The Barn Bio Market has five organic shops in Brussels and one in Antwerp. They also saw a sharp drop in turnover of 20 percent compared to the summer of 2019, says communication manager Alice Louise. Strangely enough, this trend only continues in Brussels and not in Antwerp. “In Antwerp we see a much smaller difference between those two years.”

“We are in a difficult situation with the organic sector,” says Louise. To quell the price increases, The Barn has limited itself to an increase in prices of up to 3 percent. “The most important thing for us is that sustainable food remains accessible. But, if we wanted to pay our producers well and keep it affordable for everyone, we had to look for a solution.”

For that reason, The Barn has chosen to offer only a minimal choice in the range. For example, there is only one type of spaghetti, one type of tomato pasta or one type of wine. “Because we only have one variety, we buy larger volumes and have a greater price advantage.”

Reminds me of cinema

There are several reasons why consumers buy less organic. Not only have the corona years changed our buying behaviour, says Eissaoui, there was also the war in Ukraine and the rise in energy prices. All this has reduced purchasing power, and that trend is slowly but surely starting to trickle down to the organic market. “The war in Ukraine has only exacerbated it,” Eissaoui said. “We see a lot fewer customers and have more expenses. The first thing people save on is food, and therefore less organic.”

Louise of The Barn sees another reason. “We know from research that people actually have less purchasing power since corona. I think the downward trend can also be linked to the restaurants that are open again, the social life that is blooming again, and so people cook less. But it is difficult to give a simple explanation.”

Bioshop Den Theepot, also in the centre of Brussels, holds the heart for what is yet to come. “We are indeed seeing fewer customers and prices have been rising since the beginning of this year,” says owner Jozef Devillé. “But I think the biggest effects are still going to show over the next few months.”

According to Devillé, the situation should be viewed in a broader context. “Actually, the food that is offered in the supermarket is too cheap. If farmers were to receive a normal price for the crops, food would be a lot more expensive. Now they receive a lot of subsidies.”

According to experts, there is therefore a need for better communication about organic food. “Consumers need to understand that organic is an added value for everyone and that this sector has to do with the environment, public health, water quality and animal welfare,” Dominique Jacques, president of Unab, the national union of Belgian agrobiologists, told Le Soir on Monday . “We have to anticipate problems so that we don’t run into them. And we have to communicate better about organic,” said Philippe Grogna, director of BioWallonie.

In the meantime, it remains to be seen in fear for the organic shops. “I have addressed ministers and asked for support, but have still not received an answer. Our industry urgently needs a helping hand,” said Eissaoui.