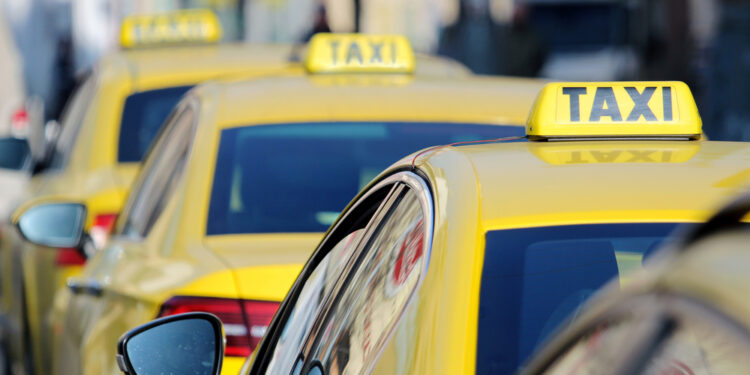 Brussels, (Brussels Morning)- Two and a half years after the start of the corona epidemic, shared taxi service Collecto is still at a standstill. Operator Taxis Verts does not want to resume the contract under the existing conditions. There is no prospect of a restart, says the Vervoort cabinet. “But if there is a demand for it, we can always relaunch the tender.”

As a reminder, the Collecto shared taxi service, with about two hundred departures at STIB stops in the region, has been suspended since March 2020. Every night from 11 p.m. to 6 a.m. you could book a taxi via an app or by phone that departs on the hour or half hour from one of these departure points. For the taxi ride you paid 5 euros per person.

Shared taxis, which picked up three or four passengers at bus stops and then dropped them off in the same area, were promoted by the Region as an affordable means of nighttime transport. Especially after the Brussels government stopped seven of the 17 existing night bus lines in 2010 due to insufficient profitability.

It was not the success of the service. In 2017, the service transported just under 250,000 people, a doubling compared to five years earlier. In 2018, demand grew again by 13 percent, and 500 taxis were made available to Collecto overnight.

In 2019, the concession of Taxis Verts, the umbrella organisation of 900 independent Brussels drivers, expired. The then Minister of Mobility Pascal Smet (Vooruit/One.brussels) gave the concession to the new player Victor Cab , but it turned out that he did not have enough drivers to guarantee the service. Taxis Verts went to the Council of State, which agreed with the company at the end of 2019 . The company was allowed to operate Collecto for another five years , until December 2024.

But then the country went into lockdown in March 2020. Without nightlife and later with a curfew, the nighttime taxi service didn’t have much of a raison d’être. A year and a half later, Taxis Verts at BRUZZ pointed to the corona measures still in force as an explanation for the fact that the shared taxis are still not running .

“Due to the corona measures and especially the ‘social distancing’, it is currently impossible to run a collective taxi service, where strangers share a taxi,” said managing director Jean-Michel Courtoy at the time. “Mouth masks are not enough, the passengers are much too close together and we cannot guarantee the distance.”

Added to this was another problem, which Courtoy acknowledged but then called “not the key question”: After the lockdowns, Taxis Verts did not yet employ enough drivers to run Collecto on top of its normal activity.

In March 2022, Taxis Verts, run by Courtoy and Michel Pêtre, was acquired by the listed holding company D’Ieteren for an undisclosed sum .

We are now almost a year later and there are still no shared taxis in the streets of Brussels. Taxis Verts does not want to continue the contract under the current conditions, let both the company and Brussels Mobility know. “Our Passenger Transport Directorate is consulting with the Vervoort cabinet (competent for taxi transport, ed.) about the follow-up,” says Inge Paemen, the spokeswoman for Brussels Mobility.

Taxis Verts could not be reached for comment. The stalemate is recognized in the Vervoort cabinet. “We are still talking with the current concessionaire,” spokeswoman Zeynep Balci said. “If a new tender has to be launched, it will have to be done on the basis of the new taxi ordinance, so under different conditions.”

Balci cannot confirm whether that will actually happen. “It is absolutely possible, if there was a demand for it.”