The Zaporizhzhia power plant is under threat 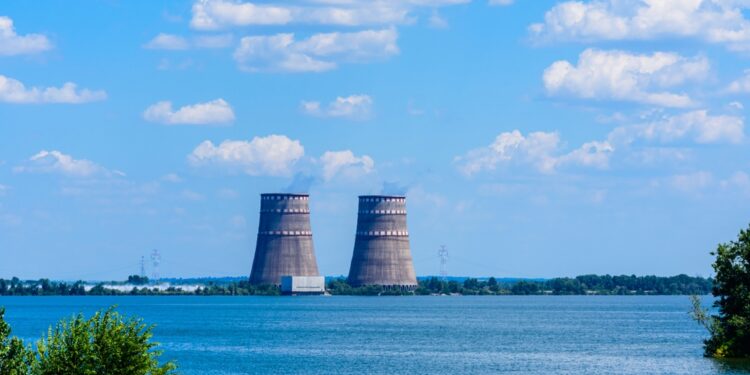 Greece (Brussels Morning) The largest nuclear power station in Europe and one of the top ten largest in the world, the Zaporizhzhia Nuclear Power Station in southeast Ukraine, is practically under no control. Russian forces took both the nuclear and thermal power plants on March 4, 2022, in the Battle of Enerhodar of the Russian invasion of Ukraine. The plant is supposedly under Rosatom’s management as of March 12, 2022. Under Russian administration, the facility is still run by Ukrainian employees.

Brussels’ officials have stated in several occassions that the operator of the Zaporizhzhia Nuclear Power Plant and the Ukrainian government are unable to comply with their nuclear and radiation safety obligations under international agreements and IAEA safety standards, and the IAEA is unable to carry out its safeguards mandate due to the presence of Russian military forces there. Moscow has a different view on the matter.

Beyond the reactor’s strategic location, Moscow likes to keep the situation in its favorite color, gray. On the one hand, it has increased its military presence in the region, using the reactor as a shield, and on the other, it is playing a game of security questions among international organizations.

So far only on 3-4 occasions has there been any real danger to the area (as far as we know) with bullets and rockets being fired as if if an accident were to occur the whole of Eastern Europe, Moscow, even Bulgaria would not be affected.

The UK and US warned Russia about the consequences of provocations at the Zaporizhzhia nuclear power plant. The British Defense Committee’s Tobias Ellwood and US Congressman Adam Kinzinger both stated that any deliberate damage to a strategic facility caused by a potential radiation leak would be treated as an attack on NATO member countries.

“This really isn’t even up for debate. Any leak will kill people in NATO countries, that’s an automatic article 5,” underlined the member of the US House of Representatives.

Earlier, UN Secretary-General António Guterres insisted that “military equipment and personnel should be withdrawn from the plant. Further deployment of forces or equipment to the site must be avoided.”

This preference is not due to any diversified EU policy suprisingly, rather it is based on the tendency of the authoritarian regimes to talk with heads of state of the highest political, diplomatic and military influence.

“The presidents stressed the importance of sending an IAEA mission to the nuclear power plant as soon as possible, to assess the actual situation on the spot. The Russian side has confirmed its readiness to provide the Agency’s inspectors with the necessary assistance,” the Kremlin said.

The international community relies on τhe International Atomic Energy Agency to be able to gain insight into exactly what is happening at the station and whether there is a substantial risk. The problem is how Moscow will accept a delegation of the organization that is a member only on its own terms.

It is likely that the visit will be under the supervision of Russian officials, but he presence of a Ukrainian delegation is unlikely. Russia and Ukraine have accused each other of firing at the Zaporizhzhia facility on numerous occasions. Russia’s foreign ministry said Moscow had given the go-ahead for a mission on June 3 and blamed Kyiv for trying to disrupt the promised inspection.

“We express our deep regret that the mission has not yet taken place,” spokeswoman Maria Zakharova said in a statement.

IAEA Director General Rafael Mariano Grossi offered to visit the Chernobyl site in March to help Ukraine and Russia reach an agreement on a plan to ensure the safety of nuclear plants throughout the conflict, including how to maintain the sites’ physical integrity, power, safety monitoring systems, and full staffing.

If the agency fails to visit the station and set some high security levels overall in the region then we will be talking about a complete failure of the international community to impose itself on issues of nuclear destruction in states in the midst of crises and war situations.