The hooligan battlefield in Le Falstaff 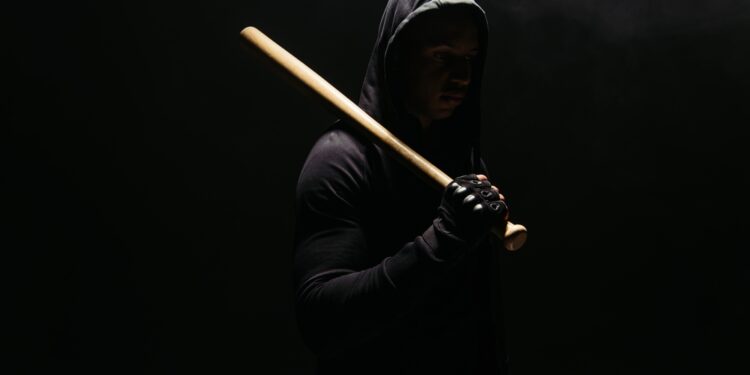 Brussels, (Brussels Morning)-  Hooligans maintain a form of status competition, says Filip Boen, professor of sports and exercise psychology (KU Leuven). “If you have suffered a defeat, you have to rectify it afterwards. Whether on or off the field.” It could explain why restaurant Le Falstaff suddenly became the battleground between two rival fan clubs on Wednesday evening.

A group of supporters dressed in black unexpectedly entered Le Falstaff restaurant on Wednesday evening and smashed the place. The lightning attack lasted only a few minutes, but the damage from the confrontation between supporters of football club Anderlecht and the Young Boys Bern from Switzerland is considerable. It is not even clear who is launching the attack – Belgian or Swiss hooligans? – although we distinguish at least one balaclava in purple and white, the club colours of Anderlecht.

The fight between the two supporter teams will most likely come after a game that got out of hand last week in Bern, Switzerland. Then there were also incidents between the supporters of Anderlecht and Bern. “It may now be a kind of revenge in Brussels,” said BRUZZ.

That does not sound so strange to Filip Boen, professor of sports and exercise psychology (KU Leuven). “Hooligans do keep a kind of status booklet. There is no formal scoreboard or a ranking of battles next to the field, but there is a lot of talk about which battle they won against which club. And if you have suffered a defeat, you must rectify it afterwards. Whether on or off the field. It’s a kind of status competition.”

Fighting in the woods

Moreover, it is becoming increasingly difficult to fight that status competition in or on the way to the stadium, Boen indicates. “After the Heysel drama, people have made it much more difficult to visit each other in the stadium itself. For example, separate supporter compartments were created. The conditions on the way to the stadium have also been made in such a way that it is already much more difficult to attack each other, among other things through combined arrangements (compulsory travel by bus to away games, ed.) and police escort. The risk of punishment for using violence in or around the stadium is also high today.”

So clans of hooligans have started meeting each other outside the stadium, according to Boen. “Then, for example, they meet in the woods with a certain number of rules that the fighters must adhere to. And of course the police can’t know about it. But that too has become more difficult lately, so I suspect things like unexpected raids are now emerging.”

Forgetting how to behave

Hooliganism also seemed to have a flare-up last year. “Suddenly more incidents were observed in stadiums,” says Boen. “Some blame it on the urgency of the corona period, but I believe that after the pandemic we forgot how to behave in a group and what the social norms were. Now we see that less again: it could therefore explain why those limits were crossed.”

It is difficult to answer which people usually hide behind the hooligans, says Boen. “We certainly cannot put these people together with the same brush. In general, there are no personality traits that distinguish sports fans from non-sports fans. Presumably the same applies to hooligans, although of course they do have a certain openness to violence. But you certainly cannot say that it only concerns, for example, certain population groups. You will find both highly and low-skilled people there.”