Fontainas Park: lights broken for months due to vandalism 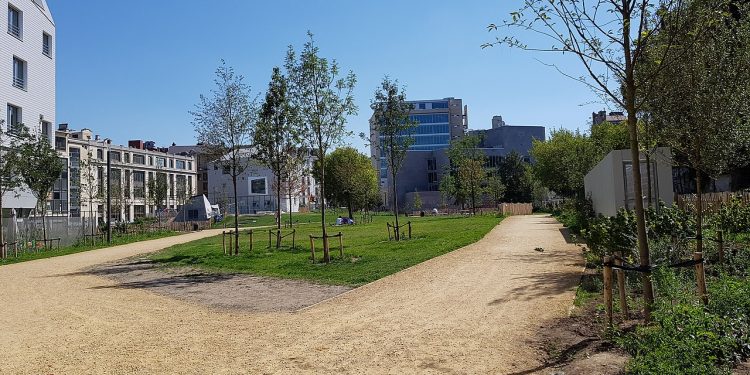 Belgium, (Brussels Morning Newspaper) Residents of the Fontainas Park in Brussels are not happy about the destruction of lamp-posts in the park. “The newly renovated installations have been destroyed for almost a year now. We no longer dare to enter the park.” It may take some time before the lighting can be restored, network operator Sibelga warns.

The neighborhood around the Fontainas Park which is located in the heart of Brussels has been plagued by vandalism for some time. According to local residents, a lack of lighting creates a feeling of insecurity. “Since March last year, a large number of the lighting poles in the Fontainas Park have been destroyed,” one of them told BRUZZ. “A lot more lights were destroyed at the end of last year.”

The city council was informed several times by residents of the district. “There they claim that the destruction was carried out during New Year’s Eve, but that is not true. The situation has been dragging on for almost a year. The acclaimed park has become a dark place that few still dare to enter after sunset.”

Mayor Philippe Close (PS), responsible for safety in the city, says he is aware of the problem and he was not oblivious of the situation through his spokeswoman. City guards have been asked to keep an eye on things.

The lamp-posts themselves fall under the jurisdiction of distribution system operator Sibelga. On a phone call, the communications manager Charles Tiétard said, “Our services have already been deployed several times for repairs after destruction. Not only in November 2020, but also in February last year, we repaired a whole series of them.”

In August, Sibelga was again notified that the lamps were defective, but this time local residents should not hope for a speedy recovery. “The prices for the right parts are skyrocketing due to the corona pandemic and delivery times are also high. Where it used to take four or five months to repair such a lantern, we now have to wait about a year.”