From El Salvador to El Dorado — Bukele benefits from Bitcoin 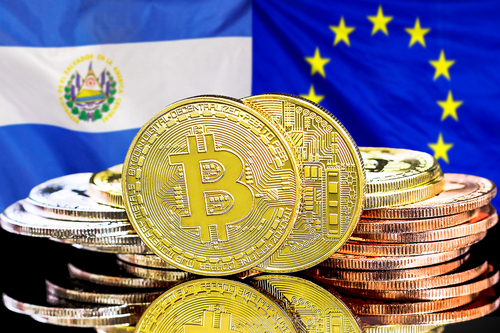 Brussels (Brussels Morning) As of September 2021, it is officially possible to pay with Bitcoin in El Salvador. On the basis of a new law President Nayib Bukele pushed through in a very short time, Bitcoin has become the country’s legal tender.

Businesses in the country are required to accept Bitcoin for all payments. With this approach, the Salvadorean government seeks to promote financial inclusion by addressing the 70% of Salvadorans who do not have a bank account.

On top of that, Bukele announced the build of a “Bitcoin city” which would neither levy any income tax nor charge any property, capital gains or payroll taxes to attract investment to the region. It seems like Bukele’s plan is to make an El Dorado out of El Salvador, a new tax haven in Central America. Nevertheless, the president’s project, innovative as it may sound, has not only met with enthusiasm. In the first place, it could be Bukele’s authoritarian regime that benefits most from the project.

Bitcoin is a crypto asset operating in a decentralised network, free of any central control from banks or governments. The asset is mathematically limited in quantity to 21 million and is created through the process of “mining”. It relies on peer-to-peer software and is based on a public ledger which records all transactions. El Salvador has become the first country in the world to make Bitcoin legal tender.

Approximately three million Salvadorans live and work abroad, in the United States for example. Last year, they sent home almost 6 billion US dollars. Bitcoin allows Salvadorans to save millions of dollars each year in commissions for remittances. One of Bukele’s objectives is also to enable the financial inclusion of people who previously did not have access to the banking system.

El Salvador, with a population of nearly seven million people, has one of the lowest levels of financial inclusion in Latin America. Based on World Bank data, less than 30% of Salvadorans aged 15 or older had a bank account with a financial institution in 2017. The new move has allowed Salvadorans without bank accounts to access digital payments and usage is gradually picking up among the young generations. Bukele’s project sounds promising. Nonetheless, whether Bitcoin can establish itself as a means of payment in everyday life or primarily remains a store of value continues to be an open, if intensely debated question.

Critical voices, however, point out that the lack of transparency and the attendant risk of money laundering when it comes to payment transactions via the state-owned Chivo wallet are a cause of distrust. The Chivo wallet is accessible to Salvadorans only and requires a photo ID when registering for it. Every new user receives 30 dollars in Bitcoin as a starting credit from the state. Media and consumer associations are already reporting thousands of cases of fraud related to the use of the Chivo wallet.

The real Bitcoin-beneficiary appears to be Nayib Bukele himself in the first place, since the crypto asset offers a means to evade control over the government’s financial transactions. If the state  itself uses Bitcoin, control over public funds becomes more difficult. In the past, there has been criticism of the non-transparent relationships between the Bukele clan and the companies involved in Chivo.

Bukele’s plan is to transform El Salvador from a developing country to a crypto centre and he may succeed. Crypto assets have the potential to foster innovation and create jobs. Certainly, Bitcoin is the heart of the current crypto-asset landscape. El Salvador’s model could well find imitators in other emerging markets. It should also be pointed out that Bitcoin preaches  liberty. In the circumstances therefore, a state using Bitcoin to further consolidate its authoritarian regime, as appears to be the case with El Salvador, violates the nature of the Bitcoin technology.