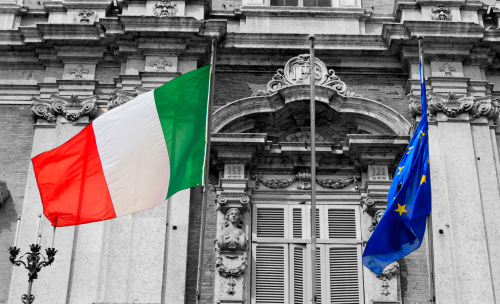 In the midst of political crisis, MEP Tiziana Beghin lays out the challenges facing Italy and how the Five Star Movement will overcome them.

Brussels Morning (Editor’s Note) The Italian coalition government between the Five Star Movement (MS5) and Italy’s center-left is reaching a critical conjuncture as former Prime Minister Matteo Renzi is withdrawing his confidence in the government.  Prime Minister Giuseppe Conte appealed to the Senate to get behind his government on Tuesday after Matteo Renzi’s Italia Viva (IV) pulled his support from the coalition government. The coalition with the Democratic Party remains solid. But it is a confidence vote will decide whether Italy will retain a government, however unstable, amidst the pandemic. Although “patching up” things with Renzi appears out of the question, the government is appealing to members of Renzi’s group individually, hoping they will break ranks.

Brussels (Brussels Morning)  Europe needs a strong Italian government to overcome the most serious crisis since the post-war period, led to irresponsible levels by Matteo Renzi and Italia Viva. A survey published on 13 January by Corriere della Sera showed that one out of two Italians has not understood how we came to this political crisis, while 73% of the country believes Matteo Renzi is acting in self-interest rather than those of the country. This is unacceptable.

Italy is currently struggling with the coronavirus pandemic and its consequences. We must ensure new relief measures to entrepreneurs, shops and families rather than playing “ruthless political manoeuvres”, as Renzi’s move has been described by the foreign press.

Since March 2020, Conte’s government is working hard to manage the coronavirus outbreak. The vaccination plan has already started and Italy, with 800.000 people vaccinated against COVID-19, has become the country with the highest number of first doses administered in Europe. We are really proud of how Italian citizens are dealing with this mass vaccination and Italian politicians should continue to ensure the vaccine is available to everybody.

At the same time, the Italian government has recently approved the National Recovery and Resilience Plan. This is a first, essential, step in bringing growth to our economy after the dark months of the pandemic.

The plan is ambitious and responds to the many challenges that await our country. Among its many goals the Italian plan aims to double the average growth rate of the economy, to significantly increase public investments bringing them to at least 3% of GDP, and to increase the employment rate by 10 percentage points in order to reach the current EU average.

With the Italian recovery plan, we also aim to improve well-being indicators, equity and environmental sustainability and to reduce the territorial disparities in terms of income and employment. By increasing funds for healthcare from 9 to 19.7 billion, we finally make up for years of cuts. We also allocate 32 billion euros for infrastructure.

In the upcoming weeks, we are going to work closely with the European Commission to ensure that not a single cent of these European funds will be misused. This is a historic opportunity for change and Italy will not waste it. That’s why we want to reassure all our European friends: the Five Star Movement is working hard for a stronger and more stable Italy. We will not disappoint your trust.