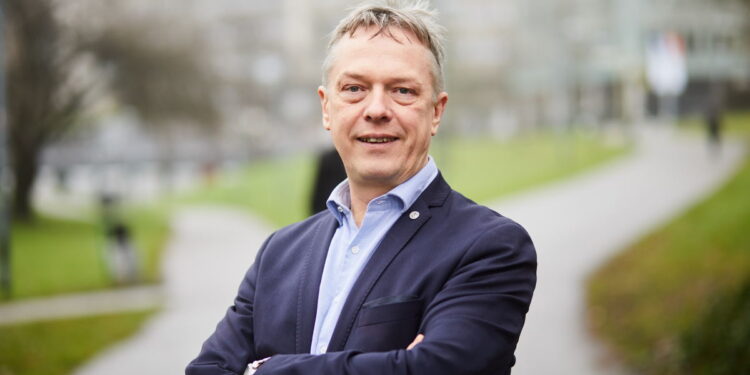 Jan Danckaert has applied for the position of rector at the VUB. For the past two months, he has already been active as ad-interim rector. “I’m ready to take on the challenge.” said BRUZZ

At the end of February, the VUB announced that Caroline Pauwels is stepping down from her duties as rector due to illness. Pauwels suffers from stomach and oesophagus cancer. “A serious illness and the exceptionally beautiful but also demanding task as rector can no longer be combined at this stage of my illness,” he said at the time. Jan Danckaert, vice rector for education and student policy under Pauwels’ rectorship, succeeded her as ad-interim rector at the beginning of the March.

The physics professor now also announces that he is standing as a candidate for the rector elections. “I think that as vice rector in Caroline Pauwels’ team and as rector ad interim I have sufficient policy experience to take on the challenge,” says Danckaert. “There are two policies: cherish what is good, strengthen what must.”

“We have to consolidate what Caroline Pauwels’ policy team has set out,” said the current rector ad-interim. This concerns, for example, the VUB as an urban engaged university . “As a university, we are strongly linked to the metropolitan, multilingual environment that is Brussels. We need to consolidate that position.”

Danckaert also wants to continue other policy lines, for example by increasing scale, and by continuing to focus on partnerships, both within Brussels (with ULB and EhB) and internationally, including via EUTOPIA. “What we do we have to do well and have to have an impact.”

Internally, Danckaert sees work in areas such as welfare policy, for both staff and students. The consequences of the covid pandemic are still being felt in this area. This is a policy area in which Danckaert has experience as Vice Rector. “It was a sudden transition from vice rector to rector ad interim, because of the sudden announcement,” says Danckaert. “But because of my policy areas as vice rector, education and student policy, that transition went well.”

Candidates have until next Monday to submit their candidacy. On Tuesday 3 May, the VUB will officially present the candidates for the rector elections.