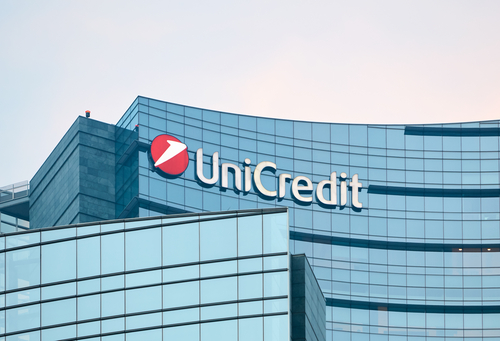 Belgium (Brussels Morning Newspaper) Italy’s banking giant UniCredit is conducting an “urgent review” of its businesses in Russia, with a view to deciding whether or not to pull out from the country entirely, says the bank’s CEO, Andrea Orcel.

Orcel, attending the Morgan Stanley European Financials conference in London today, said that it was a “complex” decision and could “take time”. He cited the need to support the bank’s local staff in Russia, as well as the other European companies that are currently trying to close their businesses there.

“We’re considering an exit, but we obviously need to balance the complexity and the consequences of what we do there”, Orcel said. “The greater impact is on the ground. It’s 4,000 people and I view them as colleagues … and 1,250 European companies that have kept quarters in the markets where we are and expect us to accompany them in the disentanglement.”

Orcel also emphasised that the environment will change as a result of the invasion, with the economy likely to “have a shock”. UniCredit’s analysts are currently assuming the economy will face stagflation – with inflation remaining high, economic growth slowing down, and the unemployment rate staying steadily high.

The bank indicated last week that a full write-off of its Russian business, including the cross-border exposure, would amount to some 7.4 billion euro. Orcel noted that the crisis had also raised the bar for mergers and acquisitions, since the bank would now be forced to use its excess capital to soften the blow on its stock.

UniCredit previously had been contemplating a takeover of the world’s oldest continually-operating bank, the Monte Dei Paschi, which is currently under majority state ownership following a 5.4-billion euro bailout by the Italian government in 2017. Talks between UniCredit and the government appeared to have stalled in October last year, with the latest statements by Orcel making any kind of deal increasingly unlikely.