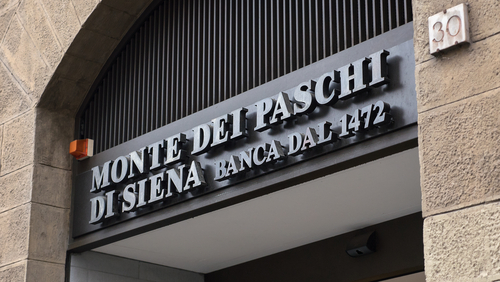 Brussels (Brussels Morning) Italy’s UniCredit group ended its talks with the government on the possible takeover of the troubled Monte dei Paschi (MPS), the world’s oldest continuously operating bank. By doing so, it stalled Rome’s plans to restructure the Italian banking system.

MPS, a key employer in Tuscany region, was rescued by a 5.4 billion euro government bailout in 2017, making the State of Italy the majority owner of the long-troubled lender, with a 64% stake in the bank.

Burdened by heavy liabilities and legal risks estimated at more than 10 billion euro, the government had long sought a partner to privatise the bank, even devising plans to spin off most of the liabilities into a separate entity, making the venerable lender more attractive to potential buyers.

A late July announcement that UniCredit was again potentially interested in the takeover came as a surprise, since investors expected UniCredit’s new CEO, Andrea Orcel, to focus on internal restructuring.

The Italian government devised a spinoff plan to halve the amount of MPS’ liabilities, which received the backing of the European Commission’s antitrust authorities. However, UniCredit ultimately decided against the purchase, leaving the government with little to no options at the time.

The government will now have to seek an extension of deadlines with the EC to re-privatise MPS, although a Treasury official told Reuters that these discussions should not be difficult. “European authorities are fully aware that we have seriously tried to conclude a transaction at market terms within the end of the year, and that this has not been possible, because the proposal we have received was not acceptable”, the official said.

The government had hoped to sell MPS off to one of Italy’s major lenders, but Intesa Sanpaolo, the country’s largest bank, had pushed its market share to the legal limit with last year’s takeover of UBI. UniCredit, Italy’s second largest bank, was open to talks, but demanded that the ultimate deal be neutral to UniCredit’s capital and come with the promise of a 10% boost in earnings.