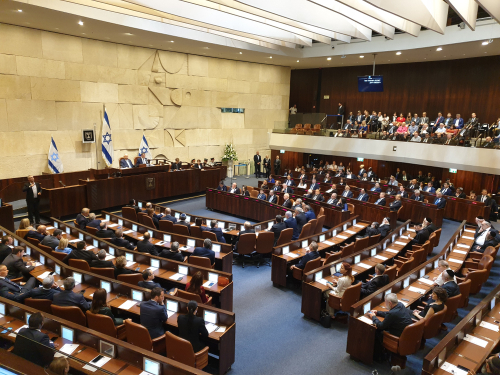 Belgium (Brussels Morning Newspaper) Israeli Prime Minister Naftali Bennett will step down to be replaced by Foreign Minister Yair Lapid, as Israeli lawmakers will soon vote on disbanding the parliament and holding another general election – the country’s fifth in only three years.

After losing its razor-thin majority in the Knesset, the ruling coalition leaders decided to try and end the parliamentary deadlock by going back to the polls, hoping for a better result than 12 months ago, when an unlikely coalition of diverse parties managed to unseat Prime Minister Benjamin Netanyahu after 12 years in office.

As part of the original coalition agreement, Bennett was to serve as PM for the first two years of the coalition government, while Lapid was to take his place for the final two years. With the government now planning to dissolve parliament, Bennett announced he would step down, leaving Lapid to serve as interim PM until the elections return a new majority coalition.

“I think the government did very good work over the past year. It’s a shame the country has to be dragged into elections,” said Defence Minister Benny Gantz, leader of one of the coalition parties. “But we will continue to function as a temporary government as much as possible”.

Lapid, leader of the largest party in the coalition, the liberal Yesh Atid, said he would not wait until the new elections to address the problems currently facing Israel. “We need to tackle the cost of living, wage the campaign against Iran, Hamas and Hezbollah, and stand against the forces threatening to turn Israel into a non-democratic country,” said Lapid.
Bennett defended his government’s track record in the past 12 months as having boosted economic growth, cut unemployment and eliminated the budget deficit for the first time in 14 years. Lapid’s term as Foreign Minister was also marked by thawing of relations with Arab countries in the region, opening Israel’s first embassy in Abu Dhabi and signing a cooperation agreement with the United Arab Emirates.