How Much Does a Military Drone Cost On Average? 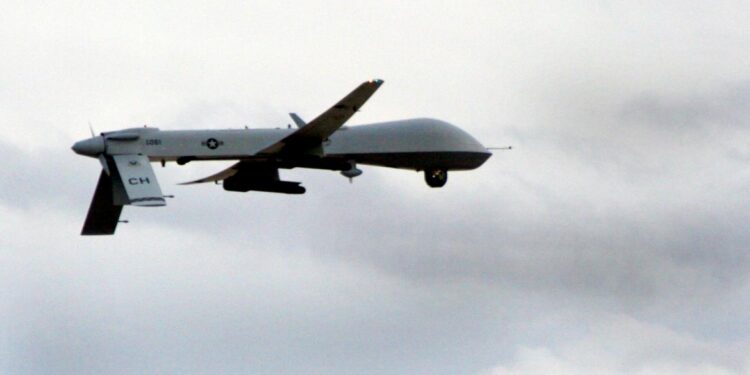 Brussels (Brussels Morning Newspaper) – Unmanned aircraft systems (UAS), often called drones, have become an increasingly common weapon in the United States fight against terrorism. The price of a military drone might be as low as $700,000. The price tag for larger, more sophisticated unmanned aerial systems might range from $1 million to $25 million. While still pricey, drones are far more affordable than manned aircraft, which may cost upwards of $70 million. Keep reading to learn more about how much does a military drone cost and the many job possibilities in the drone industry.

Learn the Fundamentals of Military Drones

Drones from unmanned aerial systems (UAS) are regularly utilised in overt and covert conflicts abroad. The use of drones has made it possible to remotely pilot devices that are both powerful and highly armed. The pilots can control a devastating amount of force without risking their lives.

The military and intelligence organisations employ drones to scout during firefights, collect information on enemy activities, and find missing people. According to Britannica, the MQ-1 Predator is the most widely deployed unmanned aircraft vehicle in modern warfare.

Drones used by the military are vital for clandestine operations requiring aerial reconnaissance and providing much-needed air assistance during actual battles. The U.S. Air Force claims that UAS were essential in both operations because they disrupted terrorist plots.

How Much Does a Military Drone Cost?

The price of a General Atomics MQ-1 Predator is around $40 million, as reported by Military Factory. Despite the high cost of ownership, the Predator has proven to be an important piece of military hardware for the United States’ operations in Afghanistan and Iraq.

General Atomics is the company that manufactures the MQ-1 Predator. The MQ-1 Predator was employed for military surveillance and was flown by the CIA. It was initially put into service in 1995, at the same time when defects in the drone’s design and development were resolved.

There must be at least 55 people on the control crew to operate the Predator, including a pilot and sensor operators. Through the use of the Predator Primary Satellite Link, the control crew can communicate with the aircraft. Because of its triangular retractable landing mechanism, the Predator is able to land and take off even when there is just a little amount of runway area available.

Which Type of Military Drone Is the Least Expensive?

Gremlins are inexpensive unmanned air vehicles (UAs) typically under $700,000. DARPA is in the process of building hundreds of these military drones, which are one of the least costly options. Gremlins are unmanned aerial vehicles that are meant to enter extremely restricted airspace ahead of the arrival of human aircraft.

Compared to bigger, better-equipped drones, these smaller ones have a lower operating cost. They do not come with lasers or missiles, but they are excellent for collecting information ahead of human aircraft since they can fly much faster.

The Benefits of Utilizing Military Drones

According to information from Globe Newswire, the worldwide market for military drones is expected to reach $23.78 billion by the year 2027. However, why do armies continue to utilise them if they are so expensive? The following is a list of “agreed” benefits:

How Much Money Do Pilots of Military Drones Make?

The annual wage for a military drone pilot is typically between $57,000 and $61,000, although it may go as high as $61,000. Contrast this with the salary of military pilots who fly manned aircraft; they may make anywhere from $82,000 to over $100,000 per year, with an average of $95,000. The amount of money a pilot makes depends on where in the nation they work, how much experience they have, and what kind of drones and equipment they are responsible for operating.

Read More: Explained: Are Drones the Future of Warfare?

You are now equipped with the knowledge you need to answer the question, “How much does a military drone cost?” We hope that you found this information to be helpful. If you still have questions, feel free to post them in the comments section below. We promise that we will get back to you as soon as possible! Also, remember to forward this post to any other readers you know, including your loved ones and close friends.