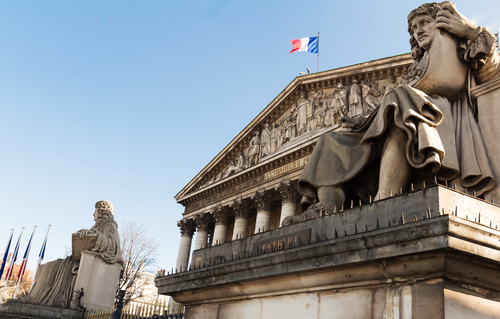 Belgium, (Brussels Morning Newspaper) The lower house of the French parliament passed a bill aimed at cushioning the blow of inflation on households.

The move presents a step in the direction of fulfilling the electoral promise to help the citizens cope with soaring inflation, according to Reuters reporting on Friday.

Under proposed rules, pensions would go up and rent hikes would be temporarily frozen. The move is a test of French President Emmanuel Macron’s ability to push through regulations after his party lost absolute majority last month.

Proposed regulations are to be sent to the upper house of the parliament, which is dominated by the centre-right Les Républicains party.

“We’ve succeeded in reaching a majority on a case-by-case basis to provide French people with concrete solutions,” Élisabeth Borne, Prime Minister of France, noted on Friday.

Besides pension rises and rent hike freezes, proposed measures include wage hikes for the public sector, relaxed limits on tax-free bonus payments to employees and food checks, among other.

Additional measures to be discussed

In addition, discussions on a bill that could include fuel discounts are to start later today, with expected budget cost in the billions.

“If some people think that in order to relieve our compatriots, it is preferable to increase the discount from September onwards, which will be added to the discount that is given in total, I am open to this proposal,” Bruno Le Maire, Minister of the Economy, Finance and Recovery, pointed out on Friday.

Debating the proposed bill, the left-wing alliance NUPES criticised proposed regulations as inadequate, stressing that the Government did not go far enough.

The bill was passed with 341 votes in favour and 116 against, with right-wing parties supporting the plan and NUPES MPs abstaining.