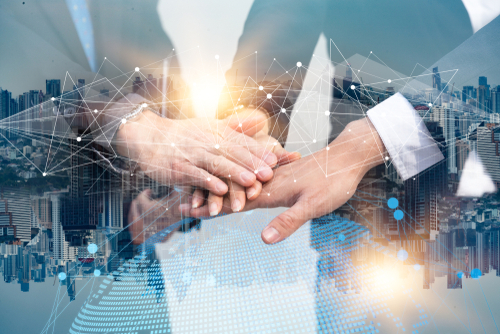 The EC pointed out in a statement that France’s plan includes providing 155 billion euros of insolvency to companies, the first such scheme approved under the Temporary Crisis Framework.

Margrethe Vestager, European Commissioner for competition, stressed that the French plan “will enable France to mitigate the economic impact of [Russian President Vladimir] Putin’s war in Ukraine and to support companies affected by the current crisis, as well as by the related sanctions.”

She stressed that the EC continues to “stand with Ukraine and its people” while helping EU member states “to ensure that national support measures can be put in place in a timely, coordinated, and effective way while protecting the level playing field in the single market.”

Vestager noted that the loan guarantee scheme will help French companies and added that it “will be financed using part of the 300 billion euro budget that France had initially allocated under three French schemes to support the economy in the context of the coronavirus pandemic that the Commission initially approved on 21 March 2021.”

According to the plan, France will provide State guarantees on loans to companies, which will allow banks to continue lending despite economic disturbances caused the by war in Ukraine and the EU’s response to it.

The plan will apply to all parts of France, including overseas territories, and support will be available to all companies “with the exception of certain companies active in the financial sector,” the statement points out.

The EC stressed that the French plan is in line with EU rules as maturity of loans may not exceed six years, interest rates on loans are within the approved range and State guarantees will be provided by the end of the year.

The body pointed out that financial support will be restricted so as not to distort competition and added that the French scheme is appropriate, proportionate, and necessary to address economic disturbances.