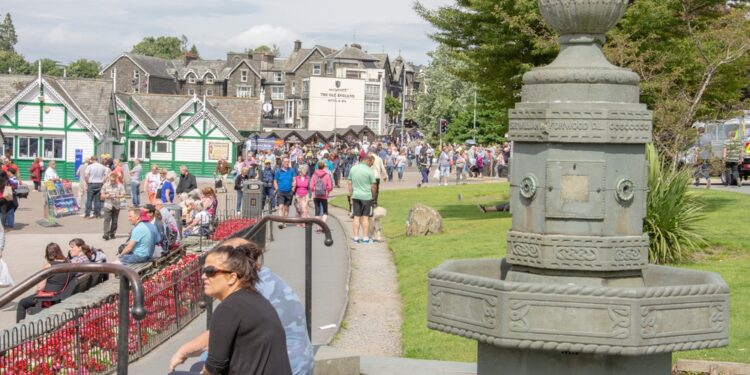 Brussels, (Brussels Morning)- Filter Café Filtré, the citizens’ initiative that advocates a liveable and healthy city, is also organising a traffic-calmed district as the final piece of the annual summer streets. This concerns the Maritime district in Molenbeek, which will be closed to through traffic for three months. Local traffic can still enter the district.

Many motorists driving on the busy Leopold II-laan or the Havenlaan opt for the smaller streets of the Maritime district to save time. In that district there are roughly two axes with a lot of cut-through traffic: the Van Den Boogaardstraat and the Vanderstichelenstraat. From August 5, the intersection between these two axes will be cut diagonally, and this on the initiative of Filter Café Filtré.

“As a result, the entire neighbourhood remains 100 percent accessible for residents and traders, but you avoid cut-through traffic,” says Annekatrien Verdickt of Filter Café Filtré. “The adjustment is fully in line with the principles of Good Move.”

The mobility policy of the Brussels Region also starts from car-free neighbourhoods and the reduction of cut-through traffic. “Molenbeek alderman Achaoui (PS) has been very positive about the project from the start, as has the Mobility department of the municipality. They also recognize that there is too much speed and too much traffic in the neighbourhood,” says Verdickt.

It is the third year that Filter Café Filtré – the citizen movement of which Verdickt is the face – closes several streets during the summer months to organise a socio-cultural program with partners such as the cultural institution KANAL- Center Pompidou, folk kitchen Cultureghem and dance company Ultima Vez. This year, seven different streets have been closed in turn in the Molenbeek Maritime District.

In addition, Filter Café Filtré has organised a ‘summer school’ in the week of 1 to 5 September. This is where architects, students and urban planners come together to work on the car-free neighbourhood and the Leopold II-laan axis. Because what happens to the axes if a car-free neighbourhood is introduced? In collaboration with Het Andere Atelier, a lecture was organised in which urban planner Frédéric Héran explains what happens to traffic when a circulation plan is introduced. “You would think that there would be much more traffic on the major axes, but in other cities it is observed that the traffic pressure is generally lower,” says Verdickt.

During Car Free Sunday on September 18, Filter Café Filtré takes stock of the summer streets. In particular, the impact of a car-free neighbourhood on major axes such as the Leopold II-laan will be discussed. The debate will be broadcast on Brussels channels BX1 and BRUZZ . It is no coincidence that this event takes place on the Leopold II-laan.