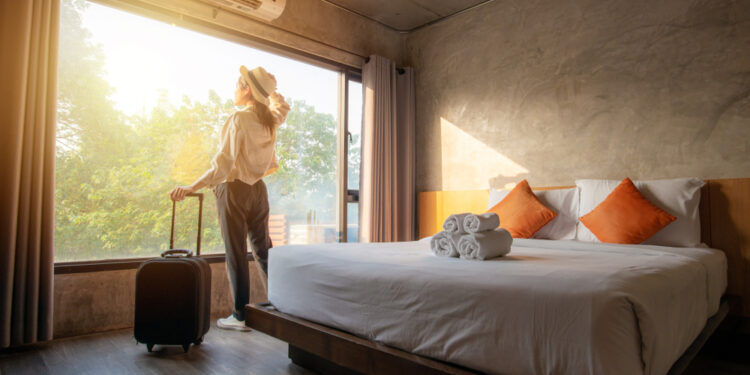 Brussels, (Brussels Morning)-  The hotel sector is satisfied now that the first ‘normal’ summer since the corona crisis is coming to an end. The occupancy figures of the Brussels hotels are again close to those of 2019: a top tourist year, with the Tour de France as the highlight.

In La Libre, Rodolphe Van Weyenbergh, secretary-general of the Brussels Hotel Association, takes stock after the first ‘normal’ summer since the corona crisis.

The number of visitors to Brussels hotels was 66.6% for the whole month of July and 60.6% for the first three weeks of August. That is respectively 8.2% and 5.2% less than was the case in 2019: an excellent tourist year with the Tour de France as the highlight, says BRUZZ.

According to Van Weyenbergh, the Coldplay concerts in the King Baudouin Stadium in particular attracted a lot of people: during the concert period, the Brussels hotels were 75.8% full. That figure rose to 87% during the concert nights themselves.

Ed Sheeran, the Rolling Stones and the flower carpet on the Grand Place also proved to be a good reason to book a hotel room in Brussels.

The flower carpet gave the city a hotel occupancy rate of 80%. And then we haven’t even mentioned Tomorrowland: although the festival will not take place in Brussels, thousands of festival-goers stayed overnight.

Patrick Bontinck, director of Visit.Brussels, tells the same newspaper that Americans and Italians in particular have once again found their way to Brussels and Belgium.

“We are almost at the same level as in 2019. This is very encouraging,” said Bontinck. “The tourists from the neighbouring countries – our source market – are returning in great numbers. According to our calculations, it is possible that by the end of the year we will exceed the very good scores of 2019.”

To exceed those figures, business tourism will have to continue its summer momentum.

“The difference between the occupancy rate during the week and during the weekend was rather large this summer (63.1% in July, 57.4% in August). But we have seen the gap narrowing for several months now,” Bontinck continues.

Encouraging figures, but that does not mean that there are no longer any worries within the sector. A possible revival of the coronavirus, general price increases – especially for transport – and fears of an economic recession make the tourism sector rather cautiously optimistic.

The Brussels region has 17,000 hotel rooms: a lot of staff is needed for that . Now that the hotel sector is almost back to full throttle, hotels are massively looking for workers for all kinds of jobs, often with permanent contracts.

“Education is always a plus, but not necessarily necessary to apply for a job in the hospitality industry,” said Rodolpe Van Weyenbergh in La Libre.

Much depends on the profile one is looking for, according to the Secretary General, but today recruitment is more based on personal skills and attitude than on a resume. In addition, many hotels train their own staff.