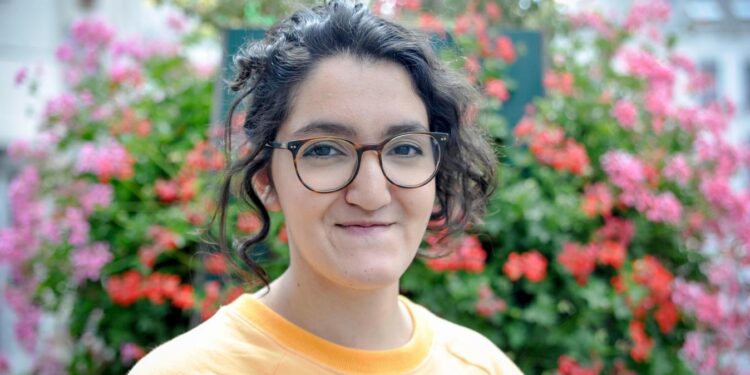 Brussels, (Brussels Morning)- Schaerbeek’s alderman for Culture and Equal Opportunities Sihame Haddioui (Ecolo) will once again be working in the town hall. Haddioui was absent for several months after she filed a complaint against her colleague Michel De Herde (DéFI) for sexually transgressive behaviour.

Since Monday, after months of absence, Alderman Haddioui has returned to work in the town hall of Schaerbeek. She will again work on her files from her cabinet, but for the time being refuses to participate in municipal councils and colleges.

“It has been very difficult and it remains difficult, but I have been able to take some time for myself. My cabinet has done a lot of work without me and I am very grateful for that, but now I want to work on my files again,” said the ship.

Haddioui filed a complaint three months ago with the public prosecutor for sexually transgressive behavior by De Herde. According to her, during a city council in October last year, she had made sexual innuendos and placed his hand between her thighs. Ships De Herde has always denied the allegations. He says that Haddioui made up the story, said BRUZZ.

“It will be difficult if we cross paths, but I think it’s important to come back,” Haddioui says about that now.

At the time, the aldermen had asked acting mayor Cécile Jodogne (Défi) to change places, so that she no longer had to sit next to De Herde. The mayor also agreed to that. “But that was all they could do,” Haddioui says. “The mayor cannot put De Herde inactive.”

An internal investigation is currently underway and will be completed next month. “The municipality has done everything it could,” concluded Haddioui. “Now it is up to the Brussels government to take further steps and take its responsibility.”

For example, Haddioui wants the internal complaints procedure and the Municipalities Act to be adjusted. “At the moment, a mayor cannot put anyone on inactive, while there are six testimonies against Mr. De Herde. That is not normal, is it? There is absolutely no framework for transgressive behaviour. As a result, victims often do not know how to respond and such behaviour becomes maintained.”

According to Haddioui, an amendment to the Municipalities Act is not only important for her own situation. “This is not a fight against De Herde. This is a fight against transgressive behaviour towards everyone, so that women do not leave politics as a result. Because that has an impact on democracy. I will continue my fight, not just for myself , but for all women.”

Minister Bernard Clerfayt (Défi) said in a response in La Capitale that Haddioui can submit proposals, which he will submit to his cabinet for analysis. That’s what Haddioui plans to do.