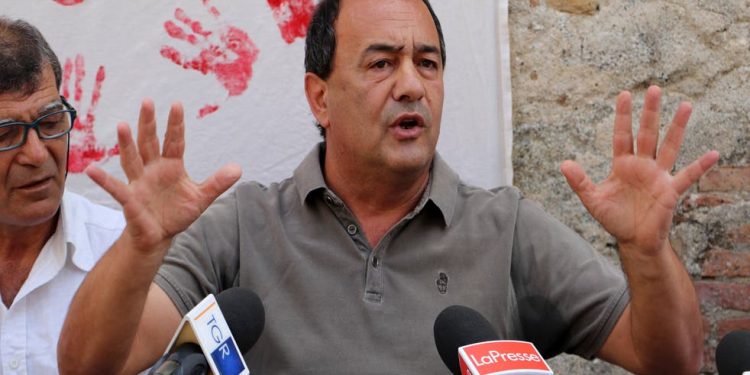 Brussels (Brussels Morning) A former mayor, once praised for the migrant integration model he set up in his small town in southern Italy, has been sentenced to 13 years in prison after being found guilty of a series of crimes including abetting illegal migration.

Formerly a schoolteacher, Domenico Lucano came under the media spotlight when, as mayor of Riace, he set up what was widely regarded as an integration model to help settle more than 500 refugees in his small Calabrian town of some 1,800 inhabitants.

His efforts earned him widespread international praise. Fortune magazine declared him one of the world’s 50 greatest leaders in 2016, amidst an outpouring of acclaim for his innovative approach to the migrant issue that also served to offer a potential solution to the widespread depopulation of Italy’s southern region.

Initially placed under house arrest by police in 2018, Lucano was accused of helping illegal migrants remain in Italy by organising so-called “marriages of convenience”. He helped arrange a wedding between a Nigerian woman, who was a victim of human traffickers, with an Italian man, so she could live and work in the country legally.

The then Interior Minister Matteo Salvini, of the far-right League party, was stepping up his self-proclaimed war against illegal migrants at the time. In April 2019, Lucano and 26 others were arrested on charges of abuse of power and abetting illegal migration. A second probe was launched later the same month into alleged fraud and false public statement.

Prosecutors had sought a sentence of seven years and 11 months for Lucano, but, in a surprising twist, the court handed out nearly double the sentence, leaving the former mayor set to spend 13 years and two months in prison.

The severity of the sentence shocked pro-migrant activists and left-leaning parties in Italy. Lucano’s attorneys claim the sentencing was “exorbitant”, arguing that it went completely against the available evidence.

As he left the courtroom, Lucano stressed that he had spent his whole life fighting against mafia-style criminality. Citing his record as mayor, he said he had always having sided with the least fortunate. As for the length his sentence, he observed that it was “unlikely that mafia crimes would receive such sentences”.