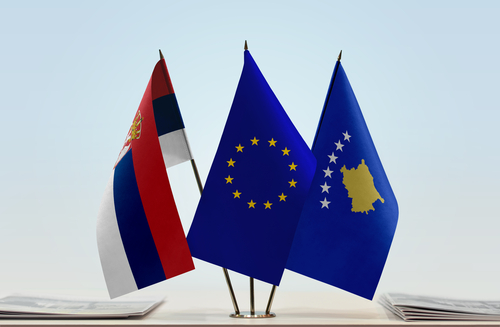 Brussels (Brussels Morning) Josep Borrell, High Representative of the EU for Foreign Affairs and Security Policy, called on Serbia and Kosovo on Tuesday to find common ground and resolve their dispute.

The dispute is raising tension levels in the Balkans, he said, as he called on the Serbian and Kosovar leaders ahead of their meeting in Brussels today to “seize the opportunity” to move forward and make progress in negotiations, AP reports.

“The European Union and I, personally, we are invested to see rapid progress to finally leave the past behind”, Borrell declared.

Today’s meeting between Serbia’s President Aleksandar Vučić and the Prime Minister of Kosovo, Albin Kurti, revives negotiations initially launched in March of 2011. More meetings are expected to take place during the summer between Serbian and Kosovar representatives.

The EU has warned Serbia and Kosovo that their dispute must be resolved before they can continue on their path towards EU membership.

The rift between the two Balkan countries deepened in the late 1990s, with Kosovo declaring independence from Serbia in 2008 and Belgrade refusing to recognise it.

Most EU member states and the US have recognised Kosovo, but Serbia relies on the support of China and Russia in asserting its claim to the former province.

During EU-brokered talks, Serbia and Kosovo have reached agreement on many issues, including free travel and trade, but they do not see eye to eye on the issue of Kosovo’s independence.

Borrell stressed the importance of good relations between Serbia and Kosovo for stability in the Western Balkans, while noting that China and Russia are looking to strengthen their economic and political influence in the region.

He observed that the economic development and stability of the Western Balkans depends to a large extent on Serbia and Kosovo finding common ground and moving forward.

Miroslav Lajčák, EU Special Representative for the Belgrade-Pristina Dialogue and other Western Balkan regional issues, is to attend the talks.