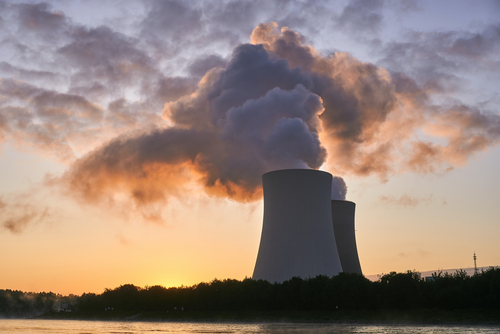 Brussels (Brussels Morning) A possible leak at China’s Taishan nuclear power station caused the French designers of its reactor to investigate the plant, after warning that the facility faces  an “imminent radiological threat”.

The initial report on the leakage was submitted by the French nuclear reactor company Framatome, a subsidiary of Électricité de France (EDF) in which Japanese Mitsubishi also holds a considerable stake.

Framatome’s initial warning caused the EDF to launch its own probe into the incident, after the designers maintained that the Chinese authorities had quietly increased the acceptable radiation limits outside the plant to avoid having to shut down the reactor.

According to China’s state-run Nuclear Safety Administration (CNSA), which Framatome accused of raising the acceptable limits, the radiation levels were reported normal on Monday. Chinese Foreign Ministry spokesman Zhao Lijian told the press that the plant was fully compliant with all safety requirements, and continues to operate normally.

The plant’s operator, China General Nuclear Power Group (CGN), also claims that the plant continues to operate within set safety parameters. In its statements, CGN refused to acknowledge any sort of a problem. However, the company did emphasise that its team was working with relevant experts to assess the situation and propose solutions to “any potential issue”.

EDF, which owns a 30% minority stake in the plant, announced on Monday that it had requested an emergency board meeting. It also confirmed that it had been informed of the build-up of “certain rare gasses” in reactor No. 1. The company had initially dismissed the build-up of krypton and xenon as a “known phenomenon”, which the reactor operating procedures should account for.

This is not the first minor safety incident recorded at the Taishan plant. According to Reuters, an inspection of a faulty voltmeter in March caused an electrical malfunction resulting in an unplanned shutdown of the plant. A month later, a burst of radioactive gas entered a pipe just as technicians were working on sealing the conduit in the waste gas treatment system, likewise causing an alarm.