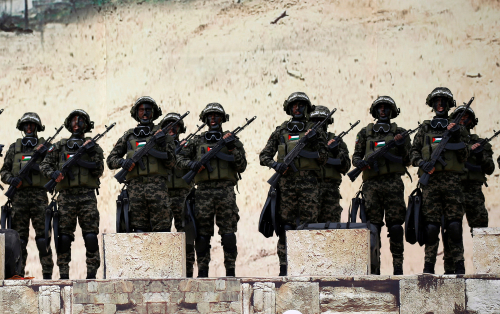 Brussels (Brussels Morning) Global rights organisation Human Rights Watch (HRW) published its second report in two weeks on the 11-day conflict between the Palestinian Hamas military group and the Israeli army in May, with the latest document focusing on apparent war crimes committed by Hamas during the fighting.

The first report, released late last month, emphasised that both sides engaged in what appeared to be war crimes, though the initial document focused on the actions of Israeli Defence Forces (IDF) and its campaign of air and artillery strikes on alleged Hamas positions in the occupied Gaza strip. HRW investigated three airstrikes, concluding that 62 Palestinian civilians were killed in the attacks, and that the Israeli military failed to warn residents to evacuate the areas, which had no clear military objectives.

The second report, published on Thursday, concluded that Palestinian armed groups violated the laws of war, ignoring the prohibition on indiscriminate attacks by launching thousands of unguided rockets at Israeli population centres.

During the 11-day conflict, Hamas launched more than 4,300 rockets and mortar rounds at Israel, apparently targeting major population centres around Tel Aviv and Jerusalem, among others. The attacks killed a total of 12 Israeli civilians. One victim died as a result of falling down the stairs while rushing to a bomb shelter.

HRW also concluded that at least one Hamas rocket malfunctioned and fell short in the Gaza strip, killing seven Palestinians. Noting that the rockets used in the attacks are prone to misfire and have no guidance system, the HRW claims their use is “inherently indiscriminate” when aimed at civilian areas, and therefore concluded that launching such weapons constitutes a war crime.

The International Criminal Court is currently investigating both groups under suspicion of committing war crimes. HRW head for the MENA region, Eric Goldstein, called on the Court to include both sides’ practices during the most recent conflict in what is an ongoing investigation.