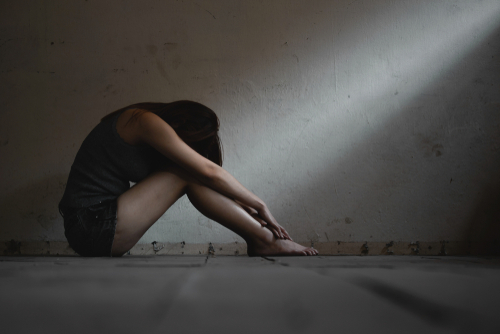 Brussels (Brussels Morning) A new Council of Europe (CoE) report on Denmark by the Group of Experts on Action against Trafficking in Human Beings (GRETA), concludes that despite some progress in tackling the crime of human trafficking, the country falls short when it comes to identification and protection of trafficked victims.

The third report on the Scandinavian state’s implementation of the CoE’s Convention on Action against Trafficking in Human Beings focuses on access to justice and remedies for survivors and assesses Denmark’s progress since the second evaluation report in 2016.

The 17-pager published last month concludes that while there has been some progress, the country must improve its methods to identify victims of trafficking and provide protection.

“I agree with the report”, says Danish MEP Pernille Weiss (EPP), “We do need to improve the identification and protection of victims of human trafficking in Denmark”, while noting the annual US Trafficking in Persons report published in June 2020 reached a similar conclusion.

Human trafficking — the sale, transport and exploitation of people for gain — is a scourge worldwide, with countries often assessed in terms of being points of origin for trafficked persons, places in transit or destination countries where remuneration or other types of gain takes place.

Denmark is primarily a destination for victims of trafficking.

During the CoE evaluation’s latest reporting period of 2016-2019, 380 people, including 28 children, were identified as victims of trafficking.

Most victims are women and commonly trafficked for sexual exploitation, although forced/cheap labour and forced criminality are also forms of exploitation in the country.

Nigeria is the leading country of origin for victims in Denmark, whereas only one Dane victim was identified among those reported.

The CoE report acknowledged some progress on Denmark’s implementation of the Convention on Action against Trafficking in Human Beings, including a new national anti-trafficking plan for 2019-2021, establishment of a national referral system, publication of brochures in several languages to inform victims of their rights, recruitment of more specialised staff and five children’s houses to enable a child-sensitive approach for seeking witness testimonies.

GRETA also acknowledged progress on implementing previous recommendations by the group and welcomed work of the Tax Agency and trade unions in detecting and preventing trafficking for labour exploitation.

Despite this progress, Danish law still has no specific legal provision to ensure victims evade prosecution for their unwitting involvement in illegal activities and that Danish authorities should guarantee effective access to compensation for victims of trafficking, particularly as there were only three successful cases of compensation during the reporting period.

The report’s authors also urged more systematic training of professionals, better access to guidance for police and judges and an earlier route to attaining free legal support and legal aid for victims, particularly before they decide on whether to cooperate with authorities.

It was with “concern”, however, the group notes that with only 23 convictions for human trafficking, this number remains low, particularly when it came to forced labour cases, which are increasing in number, while sentences for human trafficking offences were “disproportionately low, which undermines efforts to combat human trafficking and guarantee victims’ access to justice”. This area, it said, needed more resourcing.

“We need to do more to catch the culprits”, admitted Weiss, speaking to Brussels Morning, but advanced that, “It also requires the efforts of victims of human trafficking.

“Through social actors, they need to help identify culprits so that they can be punished”.

Weiss believes authorities can do this with better ways of working with the social actors who meet men and women “at street level”:

“We must listen to and learn from them.

“That is why, from my seat in the European Parliament, I have written a number of amendments to the EU directive, which were fortunately adopted by a very large majority. I hope that the Danish government will adopt these as well”.

However, according to the report, protection for victims remains wanting with potential witnesses fearing retaliation by traffickers either during the trial or in the countries of origin, a barrier to successful prosecutions.

The policy environment for asylum-seekers has also become increasingly hostile adding another layer of fear of the authorities.

In 2016, the Danish government passed a law the UNHCR decried “could fuel fear [and] xenophobia”, as it made asylum applications harder, introducing measures such as confiscating migrant’s money above 1,350 euro (10,000 kroner). With general anti-immigration sentiment existing on both sides of the political aisle, some observers called this a breach of trust between Danes and people on the move.

“That’s exactly the issue”, says Weiss, “That people who find themselves victims of human trafficking already have a scepticism and fear towards the authorities, which makes it even more difficult for both the authorities and the civilian actors to get in touch with them and help them [return home]”.

Among those on the receiving end of Denmark’s most scathing policies are likely to include trafficked victims. However, Denmark’s approach to identifying victims is “insufficient” according to GRETA.

Further recommendations of the report include allowing victims time and space to reflect on returning to countries of origin before taking up voluntary programmes of return and ensuring measures to prevent re-trafficking.