A society unable to protect its children fails all its citizens 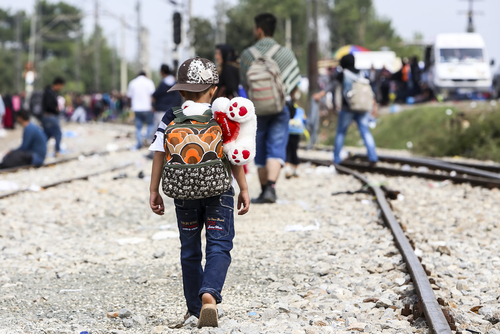 A new report sheds light on a long-standing fact — that Europe does not adequately protect migrant children and this reality fails us all, argues Hilde Vautmans MEP.

Brussels (Brussels Morning) In amid the COVID-19 pandemic, another tragedy is unfolding in the EU as a recent investigation by the Guardian and Lost in Europe journalism collective revealed at least 18,000 unaccompanied migrant children have disappeared after arriving in Europe between January 2018 and December 2020 — nearly 17 children a day.

The investigation found that in 2020 alone, 5,768 children disappeared in 13 European countries, with Italy, Belgium and Greece topping the list. Multiple organisations claim this is a conservative figure and that the reality portrays an even further appalling picture, with some organisations putting this number as high as 30,000.

We said it then and reiterate it now: more needs to be done to follow up when children are reported missing. In our Parliament Resolution of 3 May 2018 on the protection of children in migration — initiated by the Intergroup on Children’s Rights — we specifically called on the member states to step up their efforts and cross-border cooperation among law-enforcement and child-protection authorities to find and protect missing children.

Unaccompanied children who go missing after they arrive in Europe are disproportionally exposed to fall victim to trafficking for sexual exploitation and other severe forms of violence. We know that organised crime networks target more and more unaccompanied children, taking advantage of their vulnerabilities and employing them for illegal activities, including forced labour, sexual exploitation and forced begging, among others.

We cannot let this happen: Europe should and could do more to protect these children, who have come to high lengths of sufferings and risks whilst embarking on the perilous journey to Europe. Let’s not forget that there is a human face behind these numbers, a personal story, a quest for freedom, a scream to be heard.

I always say: what if it was your child who went missing? Wouldn’t you want the authorities to do everything in their power to find these children and rescue them? As I often say, when a cat or dog goes missing, you’ll find cardboard notices and flyers scattered out in every single corner of the streets, looking for them.

Since when have we become so indifferent to the sufferings of other human beings?

Europe should be safe for children. It is our responsibility to ensure migrant children — even more so when unaccompanied — are afforded the rights they are entitled to, enshrined in the UN Convention on the Rights of the Child ratified by all EU member states.

We provide unaccompanied children with equal opportunities for them to thrive and reach their full potential. These children have already suffered enough and these shocking numbers clearly show that our system is not working.

We need to introduce smoother rules with a rights-based approach that puts children at the centre. There should be more child-friendly procedures that don’t scare children off and we should prescribe more coordinated ways of cooperation among national law enforcement authorities to perform a proper follow-up when a migrant child goes missing.

I know that during this never-ending pandemic, we all have suffered, but this cannot be an excuse to exonerate us from doing what we, as legislators, are called upon to do. Unaccompanied children deserve to enjoy the same rights as their EU national peers, regardless of their migration status, gender, race, ethnicity, religion and sexual orientation. A child will always be, first and foremost, a child.

A society that is not able to protect children is failing all its citizens.