Corruption and the Workplace gender gap 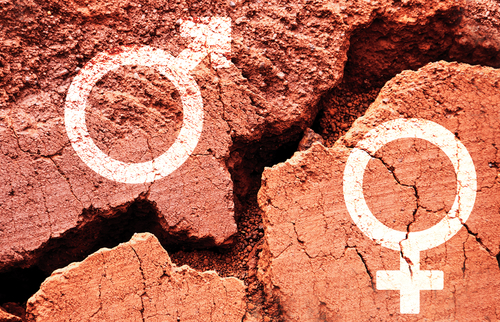 The pandemic has increased gender inequality in the workplace. Corruption compounds this pressure

Thessaloniki (Brussels Morning). Women suffer regulatory, political, economic and socio-cultural discrimination everywhere in the world. It is therefore not surprising that women, especially the poor, are vulnerable to corruption.

State of Play in Gender Inequality

Corruption is a factor detrimental to gender equality, disrupting women’s access to civic rights, social and economic. Corruption puts a brake on women’s full economic participation. It has far-reaching consequences for gender equality, sustainable development and democratic governance. Yet it is not recognised as a priority in anti-corruption strategies, research agendas or statistical monitoring.

The 2021 Global Gender Gap Report of the World Economic Forum has concluded that the Covid-19 pandemic has raised new barriers to building inclusive and prosperous economies and societies.

Pre-existing gender gaps have widened asymmetrically, even though women have been at the frontlines of managing the crisis. The hardest hit sectors are those where women are more frequently employed. The combination of a labour market crisis with the additional pressure of providing care is halting progress towards gender parity in various economies and industries.

The Global Gender Gap Index presented in the World Economic Forum report benchmarks the evolution of gender-based gaps and tracks progress towards closing these gaps over time in four key dimensions: (a) economic participation and opportunity; (b) educational attainment; (c) health and survival and (d) political empowerment.

The gender gap in political empowerment remains the largest of the four dimensions of inequality, followed by economic participation and opportunity. Gender gaps in educational attainment, health, and survival have nearly been bridged.

The findings of the International Labour Organization suggest that 5% of all employed women lost their jobs, compared to only 3.9% of employed men. LinkedIn data further shows a marked decline of women’s hiring into leadership roles. Ipsos data indicates that a longer double-shift of paid and unpaid work due to school closures and limited availability of care services have contributed to an overall increase of stress, anxiety around job insecurity and difficulty in maintaining work-life balance for women with children. Moreover, women experience a bigger gender gap in potential-based job transitions in fields where they are currently under-represented.

Overall, the pandemic is likely to have a detrimental effect on future economic opportunities for women. Luckily, western Europe remains the region that has progressed the most towards gender parity and is further progressing this year. But Europe is not only its western part.

Leaders have an unprecedented opportunity to build more resilient and gender-equal economies, the World Economic Forum suggests, by investing in inclusive workplaces, creating more equitable care systems, advancing women’s rise to leadership positions, applying a gender lens to re-skilling and re-deployment and embedding gender parity into the future of work.

However, according to Transparency International’s “Recommendations on Women against Corruption for OGP Action Plans”, women themselves can play an important role in fighting such workplace corruption. Greater participation of women in public life can help in the design of gendered approaches to combating the issue, which can prevent corruption experienced by women and allow them to resist it, report it and seek redress when it occurs. In addition, increasing gender inclusion in political and economic spheres can break up male-dominated collusive networks, resulting in strengthened democratic institutions which are known to reduce corruption.

The World Economic Forum proposes additional investment into the care sector and into equitable access to care leave for men and women, policies and practices which proactively focus on overcoming occupational segregation by gender and effective mid-career re-skilling policies, combined with managerial practices, which embed sound, unbiased hiring and promotion practices.

Transparency International, wishing to contribute to the Open Government Partnership’s “Break the Roles” campaign, takes a step further and recommends that governments:

(a) mainstream gender into anti-corruption strategies and frameworks, including the implementation of gender-sensitive reporting and redress mechanisms;

(b) involve women affected by corruption in the development of anti-corruption strategies through consultation, drafting and implementation processes;

(c) mandate women’s participation on the boards of oversight bodies and mechanisms whose responsibility is to receive, investigate and provide redress for corruption-related complaints;

(d) increase women’s participation in public and political life, through the development of peer cooperation and support mechanisms, such as financing women’s electoral campaigns and reimbursing childcare expenses incurred during an election campaign. Moreover, The United Nations Development Programme found that female workers belonging to a women’s groups are empowered by their affiliation to take action in institutional contexts and are more widely perceived as accountable by the communities they serve.

One question still remains to be answered: are women in leadership positions less corrupt than men? According to Transparency International, the available data remains largely inconclusive, pointing to factors other than gender to account for corruption, such as the political and institutional context, without explicitly looking at the link between female representation and levels of corruption.