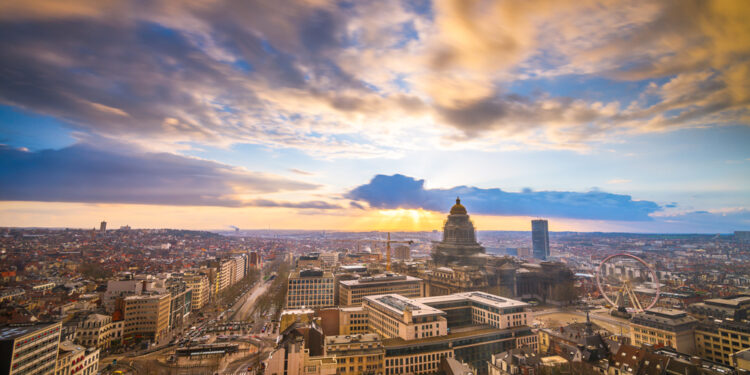 Brussels, (Brussels Morning)- An adviser to the Council of State proposes in a report to withdraw the permit for the future beer museum in the Beursgebouw. This advice comes after a call from city associations Inter-Environnement Bruxelles (IEB) and Arau to halt the renovation works.

On July 1, 2023, the time has finally come: Belgian Beer World will open in a renovated Beursgebouw, a museum focused on Belgian beer culture. At least that is the plan, because an advisor at the Council of State asks in a report to revoke the permit for the renovation works.

Marine Alecian, director at Arau, goes even further and identifies a two-part problem in a response to BRUZZ. “On the one hand, we have serious doubts about the eventual interpretation of the Beursgebouw: let’s be honest, the purposes as they are now included are rather of commercial importance. The procedures were absolutely not transparent and the collective interest was pushed completely into the background. “

“In addition, it is still a classified, protected building,” says Alecian. Some of the pain points include the destruction of part of the glass roofs or the alteration of the floor covering in the Stock Exchange building and possible damage to archaeological remains.

Moreover, the cost of the renovation of the Stock Exchange building, involving the City of Brussels, the Brussels Region and the federal government, continues to rise. “In 2011, the city announced a total cost of 15 million euros. Today we are at more than 60 million euros,” fulminated Brussels city councillor Geoffroy Coomans de Brachène (MR) earlier this week.

The Monuments and Sites Department of the Brussels Region, which issued the permit for the renovation works, now has thirty days to respond to the consultant’s report, after which the file is once again passed on to the complainants.

Verdict at the end of this year

The verdict in this case should be published before the end of this year.