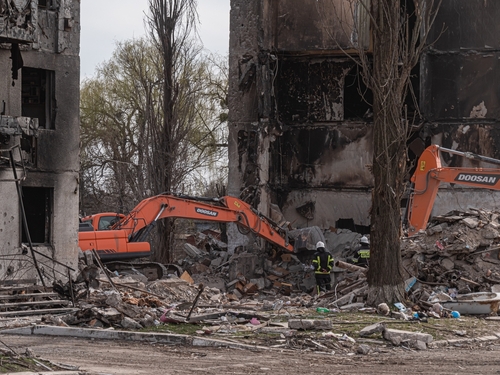 In a statement released on Tuesday, the body pointed out that it raised 5 billion euro through 7-year bonds and 6 billion through 20-year bonds.

It noted that the former are due in December 2029 and the latter in November 2042.

Johennes Hahn, European Commissioner for Budget and Administration, pointed out that “EU funding is a concrete expression of solidarity with Ukraine and member states recovering from the pandemic.”

He stressed that the Commission managed to raise additional 11 billion euro despite challenging market conditions and noted that 2 billion of this “will be released swiftly to help Ukraine in this war of aggression on European soil.”

Hahn pointed out that the money will be provided to Ukraine in the form of loans and added “this will be the first instalment of the 5 billion euro in macro-financial assistance (MFA) loan to Ukraine agreed on 20 September.”

The latest transaction pushes the EC’s funding under NextGenerationEU to 157.6 billion since the launch of the programme in June last year.

The Commission pointed out “of this total, 36.6 billion euro have been issued since July 2022… this presents 73% of the Commission’s NextGenerationEU funding target for the second half of the year, with further transaction – both auctions and syndications – planned for late October, November and possibly December 2022.”

The body noted that it has provided 3 billion euro to Ukraine under the MFA programme in the second half of 2022 and added “this will be followed by further loans to Ukraine in the coming weeks.”

The Commission reminded that NextGenerationEU is “a temporary recovery instrument” worth more than 800 billion euro aimed at helping bloc members to recover from the coronavirus crisis and strengthening the green push.

The EC pointed out that it is raising money from the capital markets on behalf of the EU to finance the instrument and added that it “suns several back-to-back funding programmes to finance the specific needs of EU member states and third countries.”