After the drowning: ‘Make swimming safety mandatory at school’ 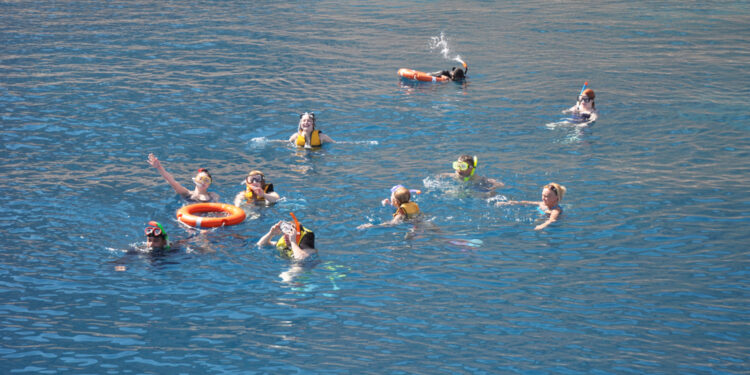 Brussels, (Brussels Morning)- In recent years, every summer a resident of Brussels drowned while swimming in open water. Last weekend, a Molenbeeker drowned while swimming in the recreation area ‘De Plas’ in Houthalen-Helchteren. The victims were often unable or insufficiently able to swim or were surprised by the current or cold. “A large-scale campaign on swimming safety is needed,”  says BRUZZ. “People are going to seek refreshment. Accidents will certainly follow.”

In recent years, unfortunate inhabitants of Brussels regularly made the news because they drowned in open water. In 2019 it was a Schaerbekenaar who wanted to go swimming in the canal, and was possibly surprised by the current. In 2020 , a six-year-old drowned in the recreation area De Nekker. In 2021 it was a Uccle who could not swim enough and drowned in the sea. Last weekend it concerned a 19-year-old Molenbekenaar who drowned in ‘De Plas’ in Houthalen-Helchteren.

The figures of the federal statistical office Statbel on drowning have been fairly stable over the past fifteen years: they fluctuate between three and five fatalities per year in Brussels, with a peak in 2015: when seven people died in the water in Brussels. The figures for the past two years are not yet known. At the national level, this concerns 62 drownings in 2019, the last year for which figures are available.

“Low-income people who are ill-informed and ill-prepared run the greatest risk,” says expert Joost Bierens. “In the Netherlands, the Central Bureau of Statistics sometimes reports a ten-fold higher incidence of drowning in certain groups among people with a migrant background. You see that in other countries as well.”

Be extra careful with children under the age of five. Sometimes alcohol plays a role and people take dangerous risks by overestimating themselves. “Then swimmers – often men – want to swim to the other side of the lake. In certain parts the water can suddenly be ice cold, that scares people or gives them cramps. If you don’t stay calm, you have no experience with open water or paralyzed by anxiety or cramps, you’ll get into trouble quickly.

“The same applies to rip currents at sea (a current in the water near the coast, which is directed seawards, ed.) . These matters must be known to the general population, so that people go into the water less recklessly and know what they are doing. can do in case of problems. Prevention and experience under supervision is therefore essential.”

Also next weekend the weather will be warm again and people will seek refreshment. Experts point out the dangers. In recent years, children have received fewer and fewer swimming lessons due to the corona pandemic. “As a result of the decreasing number of lessons, children’s swimming capacity is drastically decreasing,” Lode Grossen said earlier. The former technical director of the Flemish Swimming Federation stated at the time that children are becoming less and less self-reliant in the water.

For this reason, rescuers on the Flemish coast have founded Swim Safe since last summer, which are swimming lessons aimed at making children and young people more self-reliant in open water. The idea came from 22-year-old Noah Fredericq, student of Sport and Movement Sciences and Physiotherapy at the VUB, who has been working as a lifeguard on the Flemish coast for five years.

The reason was the drowning of a young Brussels resident from Uccle. “I wasn’t there at the time, but when I heard the news, my saviour’s heart really bled,” says Fredericq. “I started thinking about what else we could do and sat down with the IKWW and WOBRA. This is how the idea arose to offer swimming lessons through the organisation Swim-Safe.be”

The swimming lessons on the coast are intended to familiarise children with swimming in the sea and to point out the dangers. The first series of lessons is behind us. The initiative will soon expand to the rest of the coast and Fredericq also aspires to move to the major Belgian cities to further roll out the practical lessons there.

Swimming skills are often lacking, especially in large cities. Swimming club De Badlakens in Laeken is trying to fill that gap. The club was founded six years ago by parents on a voluntary basis. “We found that there are not enough swimming lessons at school. That is why we offer swimming lessons from the second kindergarten. This year 120 children have been registered, forty children are still on the waiting list,” says chairwoman Herlinde Hiele.

VUB expert Kristine De Martelaer regrets that swimming skills in Belgium increasingly depend on the wallet and the efforts of the parents. “Children who grow up in deprivation do not always learn to swim. The waiting lists for swimming lessons are long and learning to swim in school, often only in primary school, is not enough. Children learn little or nothing about safety in open water.”

Unfortunately, schools also overlook a lot and swimming is not a tubing subject. “Here one should be strict when deliberating. Even the Greeks already had the statement ‘He can neither read nor swim’, which indicates that swimming was highly regarded in education.”

It is time to make generally binding policies that make it mandatory for schools to include and seriously address flood risk management in the curriculum. “Everyone wants to cool down, there will still be accidents,” fears De Martelaer. “The water quality must be better and more awareness is needed. Banning swimming or providing lifeguards everywhere does not work, people are looking for freedom, so you have to work on swimming safety and make people responsible themselves.”

‘A targeted action plan is needed’

De Martelaer envies the colleagues in the Netherlands, where all partners have been brought together who have rolled out an action plan on swimming safety. The National Swimming Safety Council Foundation aims to bring the swimming safety of people in the Netherlands to the highest possible level and serious budgets have been set aside for this. Underprivileged young people are also reached through special subsidised programmes, such as a municipal safety net where children who cannot or cannot swim sufficiently receive lessons within the municipality.

De Martelaer also hopes for a targeted action plan and similar funded approach to our swimming safety in Belgium. “In the months of June and September, schools should be able to go to open water for practical lessons linked to risk awareness, together with various local partners with expertise,” says De Martelaer.

“Swimming safety is like traffic education: one should regularly learn and practice skills. Students can start in a safe environment and then gradually gain broad experience in public and learn about the potential hazards.”