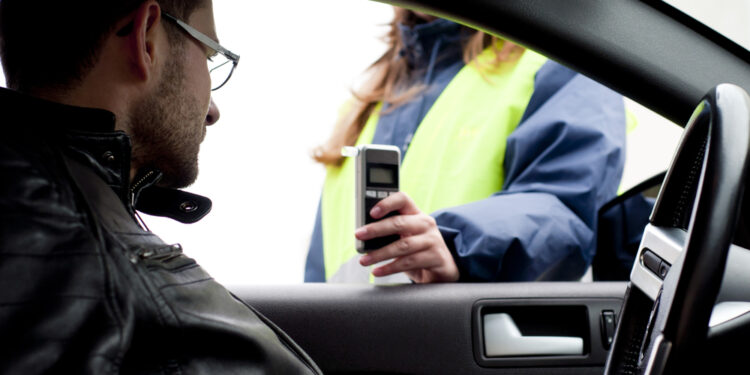 Brussels, (Brussels Morning)-  One in five Brussels drivers uses a way to avoid alcohol checks. This is apparent from a survey by road safety institute Vias among 1,000 compatriots. Drivers use social media, apps or radar detectors for this, says a BRUZZ reporter.

There are big differences between the regions. For Belgium as a whole this is 11 percent. In Wallonia (16 percent) and Brussels (21 percent) drugs are used much more often than in Flanders (7 percent) to circumvent alcohol controls.

For the whole of Belgium, this is a doubling compared to 2018, when 5 percent used substances to circumvent alcohol controls.

The chance of being caught has increased slightly in four years, despite the fact that there were temporarily fewer checks due to the corona pandemic. 36 percent of Belgian drivers indicate that they have undergone an alcohol check in the past three years. That is slightly more than the 33 percent from 2018.

Public opinion is divided on the possibility of introducing zero tolerance for alcohol while driving: 45 percent of Belgians are in favour, slightly less than four years ago, when 48 percent were in favour. 54 percent of young drivers between the ages of 18 and 34 are in favour, but only 36 percent of drivers older than 55 years of age.

Nearly half of Belgian drivers (48 percent) bring a friend who has had too much to drink home when they are ready to get drunk behind the wheel. One in eight (13 percent) make a comment, but leave the driver to choose whether or not to drive. Only 3 percent say nothing.

When the person who has had too much to drink is a stranger, we are much less likely to hold them accountable for their behaviour, the survey shows. Only 10 percent then take the drunk person home, a third (36 percent) does look for a solution such as a taxi that avoids having to drive. More worryingly, one in four (24 percent) say nothing at all.

According to Vias, the chance of being caught has increased in recent years, but it remains essential to focus on a broader change in mentality with regard to alcohol. “You do not just drink and drive to escape a fine or driving ban. It is mainly a choice to ensure that you do not endanger yourself and all other road users,” it reads.