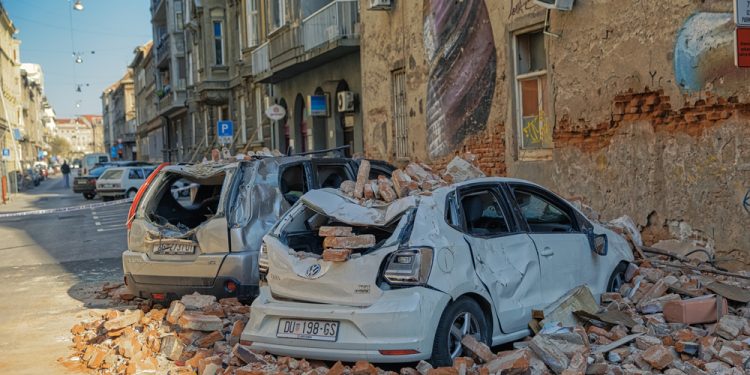 The aftermath of the Richter earthquake that hit Croatia

Von der Leyen tweeted that she had spoken with Croatia’s Prime Minister Andrej Plenković, and that she had tasked Commissioner for Crisis Management Janez Lenarčič to travel to Croatia as soon as possible.

“My town has been completely destroyed,” Petrinja mayor Darinko Dumbović told national broadcaster HRT. “This is like Hiroshima – half the city no longer exists.” Many of the town’s 20,000 residents will have to find alternative accommodation. According to PM Plenković, the Army will provide some 500 beds, while others will be housed in nearby hotels and other available facilities.

The earthquake destroyed most of the buildings in the city’s centre. It also caused significant damage in the nearby town of Glina and in the city of Sisak, which had to evacuate patients from its hospital. The tremors were felt across the wider region, registering beyond Croatia’s borders as far afield as Graz in Austria, Budapest in Hungary and Belgrade in Serbia.

Buildings in Zagreb were also damaged. The Croatian capital’s historic centre  had already suffered major damage in a 5.3-magnitude earthquake in March this year, which killed one person and injured 27.

The Slovenian-Croatian nuclear power plant Krško, located in Slovenia near the northern Croatian border, went into precautionary shutdown after the quake. The Hungarian nuclear plant Paks, which is also situated near the Croatian border, remained operational, despite the fact that the effects of the earthquake were also felt in Hungary.