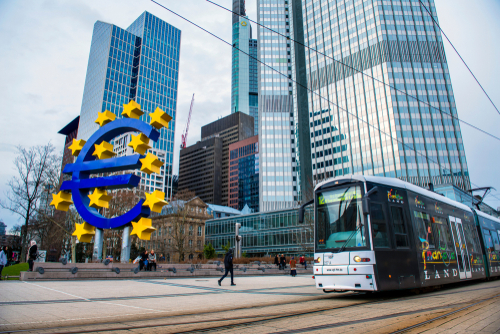 A large majority of them expect the European Central Bank (ECB) to start upping rates in the second half of the year, reversing its expansive policy for the first time in more than a decade, Reuters reports Thursday.

Of 53 economists who took part in the poll, 41 expect the ECB to start increasing the deposit rate this year, of which 30 predicted the bank would do so in the final quarter of the year, 11 expect the move in Q3 and none expected it in the first half of the year.

According to poll respondents, the median probability of a eurozone recession in 2022 stands at roughly 30%, with possible escalation of the war in Ukraine presenting significant negative risk.

RCB Bank eurozone economist Gordon Scott warned that “there is a risk the economic impact of the war could be somewhat worse than expected, or that the situation could deteriorate further.”

“A recession thus remains a meaningful possibility, about 30-40% chance of at some point in the next year,” he concluded.

Economists who predicted in March that economic recovery would continue in the second quarter have revised their predictions and now expect GDP growth of 0.4% in Q2, more than halving their earlier forecasts.

As many as 37 of 39 economists expressed belief that escalation of the conflict in Ukraine presents the biggest risk to the eurozone economy, while two see a resurgence of COVID-19 as the biggest risk.

Roughly 55% of respondents expressed belief that risk of stagflation – a long period of high inflation and stagnant growth – was very high or high in the next two years, with the remainder saying the risk was low.ECB head Christine Lagarde has stated that the EU does not face a risk of stagflation.