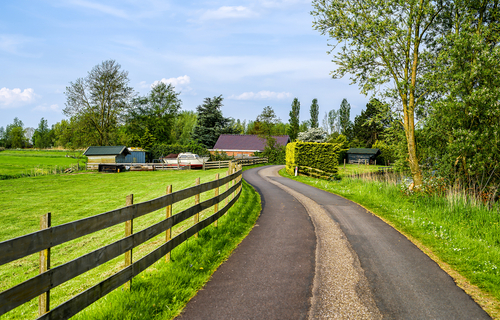 Brussels (Brussels Morning) The EU is preparing to spur on the revitalisation of rural areas with investments in better services, increased connectivity and infrastructure. The ultimate goal is to transform the EU countryside into vibrant regions by 2040.

The long-term vision announced by the European Commission on Wednesday, looks to enhance rural areas — home to 30% of the EU’s population — with the support of green and digital transitions, the signature theme of President Ursula von der Leyen’s mandate.

“Rural areas are crucial to the EU today, producing our food, safeguarding our heritage and protecting our landscapes. They have a key role to play in the green and digital transition”, Commissioner for Agriculture Janusz Wojciechowski declared.

The main goal of the initiative is to improve the quality of life in rural areas and to promote social cohesion through economic growth. In order to acquire a better understanding of the needs of rural areas, the Commission is to set up a rural observatory to collect data and conduct the requisite analysis.

The approach will extend to a “rural proofing” system to assess and review major EU policies in terms of their impact on rural areas.

“The Rural Pact and the Action Plan launched by the Commission are an important step to support rural areas’ recovery and sustainable transition. The Committee of Regions (CoR) stands ready to turn EU’s rural vision into reality for our communities”, Apostolos Tzitzikostas, CoR’s President, stated.

A Eurobarometer survey conducted in April 2021 showed that 79% of EU citizens were in favour of
the EU decision to publicly fund a revitalisation drive in the bloc’s rural areas.

Of those surveyed, 65% believed it should be up to citizens in the rural areas to determine how EU rural investment should be allocated, although 44% of the sample identified transport infrastructure and connections as a key component.

The outcome of a public consultation by the Commission in 2020, reinforced general support for revamping the countryside. Over 50% of the respondents called for improved infrastructure while 43% cited the need to enhance access to basic services and amenities.

Digital connectivity and improved farming systems rank were rated key factors to enhance the appeal of rural areas, making them more attractive to younger generations in the future, the EC consultation revealed.

“We have no time to lose for implementing the vision in the national recovery and resilience plans, the cohesion funds and the agricultural funds. Boosting diversified rural development must start now with concrete action which will ensure our rural communities are the best place to live, work and raise a family”, Enda Stenson, a member of Ireland’s Leitrim County Council, said.

The Commission is to liaise with the CoR before the end of the year to assess what the next steps should be. They will seek to determine what actions can be financed by the EU and member states in order to start work on interventions in identified areas.

Specific proposals will be announced for the period 2028-2034 in a report to be published early in 2024.