EU evaluates how AI can help deliver the Green Deal 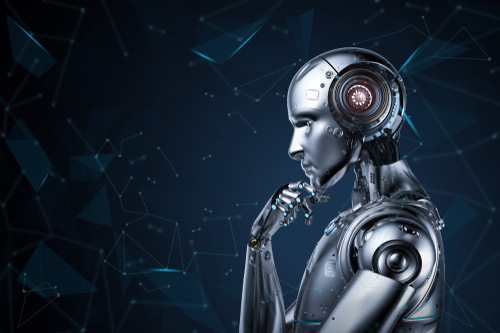 Brussels (Brussels Morning) The EU is assessing how artificial intelligence (AI) can deliver the Green Deal , which the European Commission committed to in December 2019. Some preliminary findings were recently shared with Brussels Morning by the European Parliament’s Special Committee on AI in a Digital Age (AIDA).

MEP Dragoş Tudorache (Renew), the AIDA Chair, praised AI’s potential and how it can help in the fight against environmental and climate degradation.

“AI can help us build better cities that are more efficient, increase agricultural efficiency, increase energy efficiency, monitor the environment and make climate predictions, model complex ecological systems or even the Earth, and carbon-optimise most areas of human activity that contribute to global warming”, Tudorache said.

Key takeaways from the AIDA’s public hearing, together with the Committee on the Environment, Public Health and Food Safety (ENVI), reveal that ICT technologies are estimated as being capable of reducing 10 times more greenhouse gas emissions than their own footprint.

Currently, the ICT sector accounts for more than 2% of global emissions and the share is expected to increase. According to Clara de la Torre, Deputy Director General of the EC’s DG CLIMA, the green deal data space — GreenData4All —is a viable project combining data and climate action as highlighted in the EU’s strategy for data.

As for funding, de la Torre pointed to the new Recovery and Resilience Fund, in which 37% has been assigned for the Green Deal and 20% for digital projects.

Shereen Zorba, Head of the UN Science-Policy-Business Forum on the Environment and Chief of Science Policy-Business Interface at the UN Environment Programme cited the potential of AI in creating greener and a more sustainable future through the generation and reporting of more environmental data.

However, Zorba noted that “a lot of necessary data is not available yet”. She noted how, in the case of current reporting on environmental indicators of the UN Sustainable Development Goals, “68% of the needed data does not yet exist”.

Mozilla’s Sustainability Steward, Cathleen Berger, told AIDA members that the volume of data stored across the world — which is also used to train AI — will grow to reach 175 zettabytes by 2025, more than doubling the 74 zettabytes estimated for 2021.

The data centres will have a significant environmental footprint. However, installations will require considerable amounts of land on which to build the centres, water to cool the facilities, rare earths used for hardware, in addition to entailing demands for electricity and connectivity to meet their needs.

“The benefits of AI must be assessed in the light of the actual costs and the environmental footprint”, Berger said, noting “that measuring this is incredibly complex”.

Currently, no country has laws in place for ethical and responsible AI for the planet, and according to Zorba, it will be “interesting to see if companies will self-monitor in this area or if governments will step in to regulate”.

The S&D group hailed AI’s potential for curbing climate change but urged caution when dealing with ethical issues. “We call for ethical rules requiring AI to be sustainable and environmentally responsible”, the Socialists stated.

Given the swift development of AI technologies, the S&D called on the EU to prioritise investments in research and breakthrough technologies and to strongly support AI talent by both keeping it in Europe and attracting it from abroad.

The Greens urged a “balanced” approach between AI’s environmental footprint and a systemic approach that would not pressure raw materials, biodiversity loss and pollution: “We must acknowledge the impact of training and running AI on the environment to avoid an acceleration of current environmental degradation”.

The European Space Agency (ESA) programmes Copernicus and EUMETSAT, along with member state satellites ,are using “space [to take] the pulse of our planet”, the agency’s Director of Earth Observation Programmes, Josef Aschbacher, told AIDA and ENVI members.

Starting in 2021, Aschbacher said, a long-term project will get underway that will draw on the accumulated data and “with the help of Earth system modelling, AI, machine learning and supercomputers” seek to create “digital twins” of the planet.

This will enable the project to simulate the impact people have on the planet by running multiple scenarios ranging from what might happen were coal power plants shut down earlier than currently envisaged to the benefits of cars using sustainable energy instead of gas or diesel.

Victor Galaz, Deputy Director and Associate Professor of the Stockholm Resilience Centre and Programme Director at the Beijer Institute of Ecological Economics, declared that “the time to use the full potential of AI on climate change is now”.

However, he went on to caution that current knowledge about the climate benefits AI can offer “is highly limited”. According to Galaz, all assessments to date are “preliminary” and often “too optimistic”.