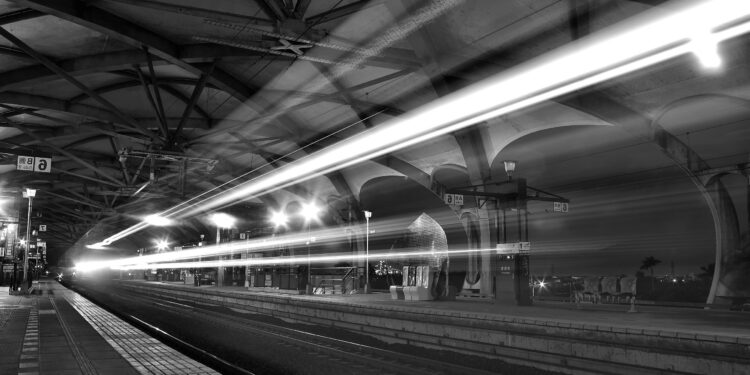 BRUSSELS (Brussels Morning) – The government approved the future route of the ‘Mediatram’ on Thursday. This planned diversion of tram line 25 is to serve the Mediapark site in Schaerbeek and will then serve several neighbourhoods in Evere and Woluwe-Saint-Lambert. The tram is to become the first link in a new ring-shaped connection between the North Station and the UCL campus.

The site of the Dutch-speaking and French-speaking Belgian public broadcasters, currently still very green, is being densified. The site will be transformed into a mixed neighbourhood, within the framework of the Strategic Plan for Construction (RPA) Media Park. The government therefore also provided a ‘Mediatram’ in the Good Move development plan: a new tram line, which connects from Meiser to the current tram 25 in the direction of Noord station, to serve this new pool.

The new deflection of tram line 25 will connect Meiser to the Cora store in Woluwe, located on Communitieslaan, through the Mediapark site.

The route chosen, based on the impact study by STIB, runs along Reyerslaan (east side), Meiserpoort (entrance to the Mediapark side Meiser), Kolonel Bourgstraat and the future new Georges De Lombaerde Bridge (for trams, cyclists and pedestrians). The Mediatram wants to offer travellers a ring-shaped connection, in order to connect different neighbourhoods without having to pass the city centre.

This part of the new tram line is part of a larger project with the long-term objective of creating a ring-shaped line connecting the North Station to the UCL campus in Woluwe, via Meiser, the Mediapark site, the Communities district and the Marcel Thirylane.

This route is coordinated with the planned construction project of an underground premetro station at Meiser, for line 7. Studies are currently being carried out, but the government has not yet decided on it.

Tram 7 currently shares part of its route with tram line 25. By bending tram 25 in the direction of Communitieslaan, which comes from Rogierlaan, tram line 7 will no longer have to share its bed. If the tram tunnel is built, this will mean that line 7, whose final destination is the Heysel plain and is certainly overcrowded during rush hours, can run more often.

All parties involved are delighted with the new tram project. “It is the route we hoped for because it best meets the needs of its users: residents, traders and customers, students and teaching staff, walkers and, of course, the media companies of the site,” explains Cécile Jodogne (Défi), Mayor of Schaerbeek. “It is also the route that best makes the connection between this new part of the city and the other neighbourhoods.”

“The arrival of this tram line on the territory of Evere can only mean added value for our municipality and its residents,” says Ridouane Chahid (PS), acting mayor of Evere. “Public transport is more than ever part of the solution to offer more and more Brussels residents an alternative to the car. I am delighted with the arrival of this new tram line and I am pleased that the Region has responded to our request for a reconstruction of the Colonel Bourgstraat.”

“This choice is in line with the proposals made by the municipality of Woluwe-Saint-Lambert when the Region announced that it wants to convert the E40 motorway into a city boulevard. We hope that the Brussels government will now do everything in its power to complete phases of this project without wasting time,” said Olivier Maingain, Mayor of Woluwe-Saint-Lambert, and Alderman for Mobility Gregory Matgen (both Défi).

“This project shows that in the design of new neighbourhoods in Brussels we take public transport and active modes of transport into account from the outset”, says Mobility Minister Elke Van den Brandt (Green). The new tram will also improve the public space along the route, in particular through the redevelopment of Rue Colonel Bourg.”

“By defining the route today, we can offer a fast tram connection to the rest of the city as soon as this new district is ready,” says Brieuc de Meeûs, CEO of STIB.