148 million for unforeseen metro costs between Noord and Bordet 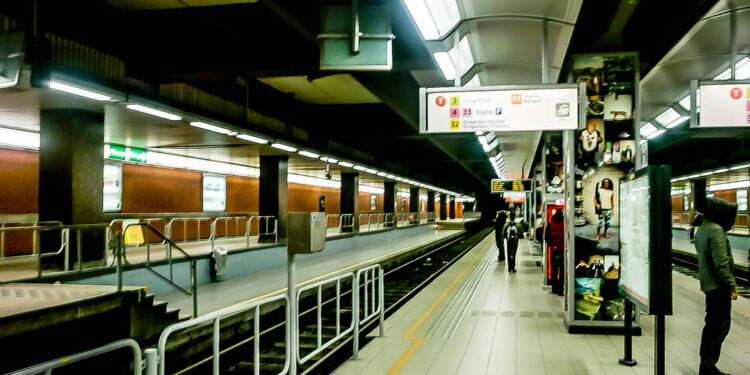 BRUSSELS (Brussels Morning) – The indexation of prices, extra interventions that have to be done after recommendations and a budget for unforeseen circumstances of 148 million euros. These are the main reasons why the cost of metro 3 has risen so much, says Mobility Minister Elke Van den Brandt (Groen).

Opposition member Christophe De Beukelaer (Les Engagés) complained to the Mobility committee this Tuesday that the budget increase for the metro was announced, after a question from a journalist at a press conference.

Many other MPs also had questions about the increase in costs from 1.66 to 2.25 billion euros for metro line 3.

Minister Van den Brandt (Green) gave an explanation, although concrete amounts were only mentioned for the part between Noord and Bordet.

“A lot of it is linked to indexing,” she said. “After all, the costs follow the global increase in lifespan, material and energy prices.” As a result, 80.2 million euros was added to the budget. This only concerns the increase between 2015 and 2020. The recent and much more significant price increases are not included in that amount.

Another part is explained by the impact study of the stretch between Noord and Bordet, where a brand new tunnel and seven new stations are being dug.

An additional 34.5 million euros will be added, intended to accommodate changes in the programme. This includes: the purchase of a new tunnel boring machine, tackling soil pollution, keeping tram 55 running during the works and tackling noise pollution. Another 5.7 million euros is earmarked for the above-ground reconstruction.

However, the largest part is formed by the construction of a risk budget for unforeseen circumstances: 148.6 million euros. This should provide relief in the event of technical setbacks, for example when drilling the tunnel. The amount corresponds to 15 percent of the estimated amount for the works themselves.

No details on pre-metro costs

The above costs were added to the budget for the metro between November 2019 and November 2021. Together they account for ‘only’ 340 million euros, while the total metro budget has increased by 590 million euros.

The amounts mentioned in the committee therefore only apply to the part between Noord and Bordet. The technical problems under the South Palace and the extra costs that this will cause are therefore not yet included in the 148.6 million euros.

“But these are included in the total of 2.25 billion euros,” said Minister of Finance Sven Gatz (Open VLD).

Although it is not certain whether that amount will be sufficient. “A risk budget of about 8 percent of the total budget is also provided for the Albert-Noord section, the current pre-metro,” explains Van den Brandt’s spokesperson. “But it is not yet certain whether the complications under the South Palace will fit in, because the costs are not yet known.”

Both the opposition and the majority expressed satisfaction with these clarifications in the committee. Although Christophe De Beukelaer did suggest at the end that a clear table be displayed on the website of metro 3 containing the original budget, the changes to that budget, what has already been used and where the money comes from. “That would be a simple but useful tool for citizens,” says De Beukelaer.