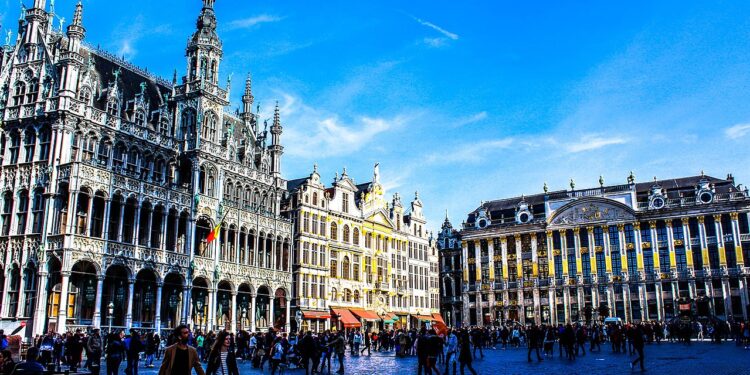 BRUSSELS (Brussels Morning) – Just like last year, the City of Brussels failed to propose a balanced budget. The budget deficit for this year amounts to 4.8 million euros, 0.5 percent of the budget of 912 million euros for 2022. “We should not tighten our belts now, but manage the budget with due care.”

Just before the start of the fourth month of the year, the College of Brussels-City presented the budget for 2022. Mayor Philippe Close (PS) and his fellow aldermen did this from Brucity, now a shipyard, but soon the new administrative centre of the City. “Why has it taken so long? It was a difficult exercise,” says Close. “Our administration’s first predictions were based on a deficit of sixty million euros. It was hard work to reduce that to 0.5 percent.”

“We continue to invest. We should not tighten our belts now, but manage the budget as a good family man to quickly return to balance after two difficult Covid years,” said the mayor. According to Close, the budget will be rebalanced in 2023 or at the latest in 2024.

The fact that there is also a budget deficit this year is, according to the City of Brussels, due to the new administrative centre. At the end of this year, various services from the City are expected to move to Brucity. “The move will of course have an impact on our budget result, because it will lead to an accumulation of costs for both our old buildings where our administration is still located, and for the new building,” they said.

Like all other municipalities, Brussels City has been affected by other increases in expenditure due to higher energy costs and indexation. Close had previously indicated that he did not intend to raise the personal income tax or the property tax, unlike other Brussels municipalities. The City will raise two other taxes.

On the one hand, it concerns the temporary occupation tax of public roads, the so-called construction site tax. It will be twice as expensive and will now be two euros per square metre. Close: “We had found that until now it was almost free. We primarily target the large yards with this. Only a very small minority of private individuals will be affected by this. The aim is not only to generate more income, but also to ensure less nuisance on the public road. For example, if you want to pay less, it is best not to leave a container on the street longer than necessary.”

In addition, the City of Brussels is increasing the office tax. Office spaces up to a hundred square metres are exempt from this. “It is a balancing act in which we are looking for more income on the one hand, but on the other hand we want to keep the SMEs with us,” says alderman of Economic Affairs Fabian Maingain (Défi).

The Brussels CPAS has also felt that the corona crisis is not over yet. The municipal executive has decided to increase the grant from the OCMW by 5.5 million euros (seven percent more). The budget for the support of Brussels merchants will be increased by half. “We continue to invest in economic life and support traders with all kinds of measures relating to economic attractiveness in order to continue to focus on the economic recovery,” said Maingain.

The mayor is committed to having his team work on the city within ten minutes, whereby residents of the City will find all necessary amenities within walking distance of their hometown. To this end, Brussels-City continues to invest, including in education and housing. In Laeken, work should soon start on the expansion of the French-language atheneum Les Pagodes, which will provide six hundred extra places in secondary education. This year’s budget also included the last instalment for the works on the De Mutsaard school complex in Laeken.

Via the Property Management Agency, the City of Brussels will start building about a hundred additional homes this year. By 2024, there should be 750 homes. The City is also committed to renovations of existing homes, with investments of 37 million euros by 2024 to make social housing energy-efficient. By 2027, 75 percent of the portfolio must be energy-efficient.