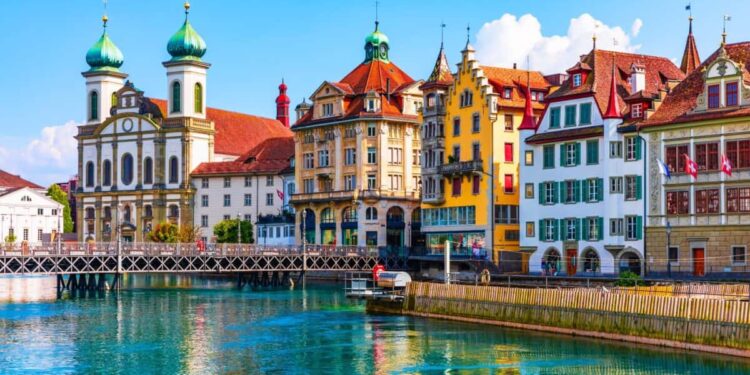 Bern (Brussels Morning Newspaper) – Do you want to know where the best place to live in Switzerland is? Then you’ve come to the correct spot since this post will inform you about a variety of areas to contemplate residing while in Switzerland. You may visit many lovely and safe spots in Switzerland. Continue reading to learn more about them!

Options for the best places to live in Switzerland

Choosing a city to reside in Switzerland can be difficult, but happily, you have a number of options based on your tastes. The notion that four Swiss towns were listed in the top 50 best cities made determining the best cities much easier.

Because Switzerland is one of the cleanest locations to reside and travel to, each city is extremely safe and offers a high standard of living. So, while you start your new life in another country, make sure you have all the information you need on the most significant areas to live in Switzerland. Following are a few options for you to consider:

It is Switzerland’s largest city, with a population of 434,335 people. This German-speaking town is renowned for its strong connections to Europe’s most important cities. Zurich is well-known as Switzerland’s financial hub, but it is also famous for its cultural and entertainment offerings during the summer and winter seasons, such as touring the old town, experiencing the nightlife, and swimming in Swiss lakes and rivers.

Moreover, throughout the winter, you may ski in nearby resorts, visit museums, and dine on Swiss cuisine. All of this comes at a price; after all, Zurich is one of Europe’s most expensive cities. So you need a budget of CHF 182,698 for rent and other monthly costs.

Geneva, Switzerland’s second-largest city, with a population of 203,856 people. It stretches around Lake Geneva and is one of the world’s most liberal places. Another distinguishing feature of this French-speaking city is that it is home to several of the world’s most well-known institutions, including the United Nations (UN), World Health Organization (WHO), and Red Cross, which explains the enormous number of diplomats and officials.

Because Geneva is a large city, the living cost is likewise expensive. Geneva is the eighth most expensive city in the world, based on the World Economic Forum. Monthly fees for foyers and homes range from CHF 300 to CHF 600. However, you may save money on rent by seeking a roommate to share an apartment with.

This German-speaking city boasts one of Switzerland’s largest expat communities. Approximately 110,000 people live in the sixth-largest city in terms of population. Winterthur is also a culturally significant city, including museums and art galleries. Several expats opt to migrate to Winterthur because it is located in the canton of Zurich.

It is just a 20-minute drive from Zurich, not to forget that the rental home and property costs are less than in Zurich.

Bern, Switzerland’s capital, has 144,000 inhabitants, 17% of whom are foreigners. The city is located here between Jura and the Alps on the Swiss plateau. Bern’s beauty and individuality make it a sought-after tourist and shopping destination. If you decide to migrate to Bern, the first thing on your agenda should be to see Bern’s Old Town (Berner Altstadt).

After that, go to Barenpark, where the city receives its emblem (the bear), then to Einstein House, the Parliament Building, and the Botanic Garden, and don’t forget to check out Bern’s eerie side. The Swiss capital is a costly city to reside in.  Excluding rent, a single person’s monthly expenses are CHF 1,366. A three-bedroom property may cost roughly CHF 2,375 to rent.

Zug is a cosmopolitan city with a population of roughly 30,000 people. Because it is positioned between Zurich and Lucerne, it offers access to both bigger cities and the Swiss countryside, providing inhabitants with many options. While housing prices in the area are rising, the living cost in Zug is greater than the national average but lower than in other large cities.

Your monthly costs, including rent, should be around CHF 5,343. And, be certain, Zug is a highly safe city with a low crime rate.

Concluding the best place to live in Switzerland, being a pretty famous country, it is a highly sought-after place to reside in. It has an overall low crime rate and high quality of living where lots of posh people stay. Make sure to read the article thoroughly to be able to choose a place to live ine!