by Grace O'Sullivan
in Opinion 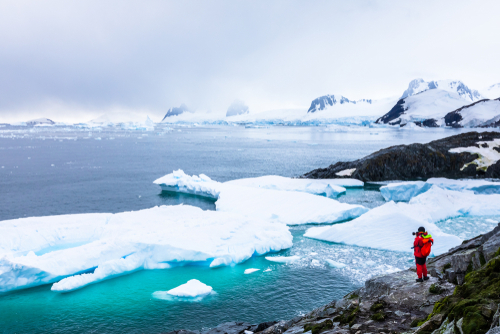 Brussels (Brussels Morning) Not long after Christmas 1986, we set sail from Auckland in the warmth of the Southern Hemisphere summer. We were heading for the colder waters of Antarctica, on board the ship known then as the ‘MV Greenpeace’ as a seasoned group of sailors, campaigners, activists, and scientists. We anchored in the vast and beautiful Ross Sea and ferried all the construction materials onshore in inflatable boats, in preparation for the construction of our new base camp – the World Park Antarctica.

At the time, world powers were in the process of developing the Antarctic Treaty System and arguing between environmental protection and mineral exploitation. In theory, in order to be party to the treaties and have a voice on the future of the Antarctic continent, all that was required was to have a permanent base on the ice. We set out to test that theory by setting up our own base, and to use the time to monitor the pollution caused by nearby bases. The numerous scientific bases on the White Continent were already causing significant environmental damage, and we were able to show the world what the impact would be if that presence grew to include human activity on a more industrial scale.

In time, as zero-sum politics gave way to science and public outcry, world powers slowly woke up to the need to protect this Last Great Wilderness on Earth. In 1991, they agreed to adopt new environmental protections now known as the Madrid Protocol, including a 50-year ban on all mineral exploitation. In addition, the same Ross Sea where we had laid anchor was finally established as a marine park in 2016 – the largest area of biodiversity protection in the world at the time. 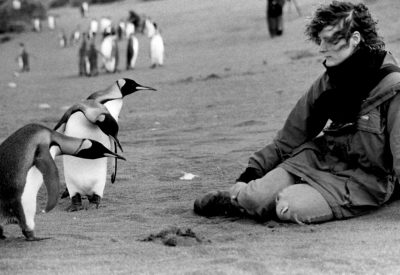 Today, as an MEP, the same activism that drove us to set up camp in the most inhospitable place on earth motivates me to continue the campaign for Antarctic protection. At a time when geopolitical tensions between the most powerful nations on earth are at their worst since the height of the Cold War, I believe that Antarctica can be the one place where we can bring all sides together to protect this continent as a place of peace, science and the effective implementation of the UN Sustainable Development Goals.

The climate crisis and continued catastrophic marine biodiversity loss gives these efforts even more significance. Over the past 30 years, Antarctica has warmed by 1.8 degrees, three times more than the global average. The future we warned about in the late 1980s has come true, and governments are still reluctant to act.

Antarctic krill, which forms the basis of the food chain for many fish species and mammals, face increasing pressure from industrial fisheries, which now seek the tiny creature out to be fed to farmed fish for human diets. Patagonian Toothfish meanwhile have struggled to recover from chronic overfishing in the area. The window of opportunity to avert the worst impacts of climate change and the biodiversity loss is narrowing by the day.

This is exactly why I recently drafted and tabled a Resolution in the European Parliament with MEP Catherine Chabaud, calling for the designation of over three million square kilometres of the East Antarctic and Weddell Seas as Marine Protected Areas.

The resounding support of the Parliament for the Resolution means that the EU and all of her institutions are united behind global efforts to protect Antarctica and the delicate abundance of her oceans. A number of countries, including the new administration in the United States, are fully behind the proposal although some powers such as Russia and China are thought to putting up some opposition. In the Parliament chamber recently, I called on those world leaders who continue to bury their heads in the snow to join with us in the spirit of this resolution.

The fight does not end here, however and the establishment of the Marine Protected Areas is far from a fait accompli. It is now more important than ever to bring all of these parties together, as fellow Members of the Commission for the Conservation of Antarctic Marine Living Resources (CCAMLR) which will convene in the autumn. I have personally written to the Russian and Chinese ambassadors seeking to break this deadlock. Our partner NGOs such as the Antarctic and Southern Ocean Coalition have initiated a public petition to #CallonCCAMLR and urge global leaders to join our efforts. Now, with the broad support of all EU institutions and the public, President Von Der Leyen will be in a stronger position than ever to position the EU as a strong and honest broker in talks.

In the same week of the Antarctic Resolution, the European Parliament also passed a legislative report of mine that could have a major impact on the future of EU policy – the 8th Environment Action Programme to 2030. Following months of work on this, the Parliament now formally backs a system-changing environmental framework with concrete deadlines for phasing out harmful subsidies and moving beyond an economy built on GDP growth and profit to a sustainable wellbeing model. I am sure that the Member States and of the Council will see the urgent need for this as we begin inter-institutional negotiations on the Environment Action Programme in September.

We have just a few years to turn the ship around and get this planet back on a path to recovery. For that to happen we need protection and restoration on a massive scale such as new Marine Protected Areas in Antarctica, but we also need systemic change right here at home. For me, that work continues here in Brussels. There is no time to waste.