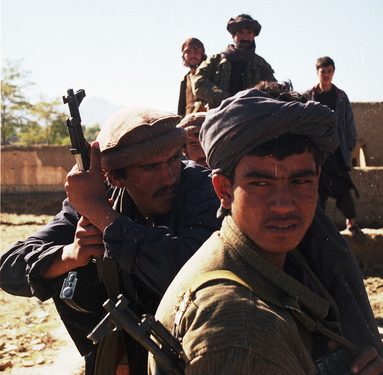 Brussels (Brussels Morning) Diplomatic missions to Kabul, including those of the EU, the US and more than a dozen others, called on the Taliban on Monday to end its military offensive.

In the joint statement, the diplomats pointed out that the offensive is at odds with the Taliban’s claims that they want to negotiate an end to the conflict, RFI reported.

“The Taliban’s offensive is in direct contradiction to their claim to support a negotiated settlement”, the statement said. It observed further that the offensive “has resulted in loss of innocent Afghan lives, including through continued targeted killings, displacement of the civilian population, looting and burning of buildings, destruction of vital infrastructure, and damage to communication networks”.

The the statement was issued after the latest round of unproductive talks between the Taliban and the Afghan government in Qatar last weekend.

The two sides have been meeting in Qatar for months, but have not made much progress. The talks apparently have lost momentum as the Taliban made gains on the battlefield.

According to Sunday’s joint statement, the Afghan government and the Taliban have noted that they want to reach a “just solution” and have indicated that they would continue their talks this week.

Abdullah Abdullah, Chairman of the High Council for National Reconciliation, has said that the two sides agreed “there should be no pause in the negotiations”, although neither side was pushing for a ceasefire despite calls by the international community and Afghan civil society for the hostilities to end.

Taliban leader Hibatullah Akhundzada issued a statement that he favours a political settlement, but made no mention of a truce despite the pending Festival of the Sacrifice holiday.

In recent years, the Taliban have announced short truces during Islamic holidays, but came in for criticism for making use of them to reinforce and resupply their positions.As international forces are wrapping up their withdrawal from Afghanistan, the Taliban have been seizing large swathes of the country.