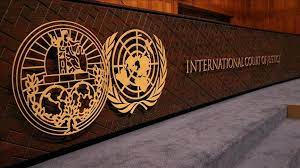 Belgium (Brussels Morning Newspaper) The European Parliament passed a resolution calling for the establishment of a Special Tribunal for the Crimes of Aggression against Ukraine. The document highlights the importance of legal action against Russia, considering the Ukraine war is the worst act of aggression in Europe since 1945.

What about the International Criminal Court?

The Special Tribunal would in no way replace the International Criminal Court (ICC) in Hague. In fact, the new Tribunal’s work would complement its jurisdiction and also the jurisdiction of institutions like the International Court of Justice and possibly also other Special Tribunals. Unlike the ICC, which deals with war crimes, crimes against humanity, and crime of genocide during the war, the Tribunal would focus exclusively on the crime of aggression committed by Russia. In this conflict, the crime of aggression is the sole act of starting the war, which is undoubtedly illegal and indefensible, and therefore aggressive.

What’s more, the Russian Federation does not recognize the jurisdiction of the ICC. It is indeed very absurd that this can affect its trial. Unfortunately, we cannot do anything about it at this moment. According to the Commission, it would then complicate the forming of the standpoint regarding the war is illegal. Therefore, we need this Special Tribunal to declare Russia’s aggression illegal.

As the Russian Federation is still a permanent member of the UN Security Council with the right of veto, the International Court of Justice might not be able to act properly regarding the aggression. The European Union is therefore initiating the establishment of this Special Tribunal and takes the matters into its own hands.

The role of the Special Tribunal

The Tribunal’s establishment is meant to investigate the crime of aggression committed by Russia. This includes gathering evidence and investigating the people responsible for such crimes. The primary role of the Tribunal is to declare Russian aggression in Ukraine as an illegal war, as it is not an act of self-defense. Due to this declaration, it will become easier to claim war reparations. A basis will be created making it less difficult to identify the specific war crimes committed by Russia within international law. Due to this basis, ICC and other courts or tribunals will be also able to process and condemn the crimes committed.

In addition, it can be seen as an expression of solidarity with the people of Ukraine and support of Ukraine’s independence and sovereignty.

I believe Russia has not only committed a crime against the Ukrainian people, but their act of aggression also affects the whole international community. The representatives of the Russian Federation must be punished and held responsible for their actions. Since the ongoing war is a large-scale and serious act of aggression, great attention including the establishment of the Special Tribunal is needed. Through its establishment, we are aiming to prevent such criminal acts from becoming acceptable.