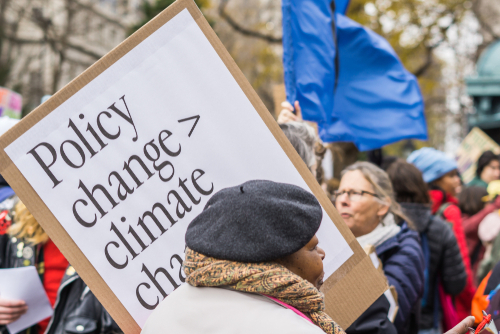 The EC noted in a statement on Thursday that the Coalition is a global forum that will foster global action to promote environmentalism and sustainability in trade to address climate change.

“The Coalition aims to build partnerships between trade and climate communities to identify the ways in which trade policy can contribute to addressing climate change,” the Commission added.

It will promote investments and trade that help to adapt to climate change and mitigate it.

Valdis Dombrovskis, European Commissioner for Trade, warned “the climate crisis is an unprecedented challenge which requires a global response” and added “trade can help in finding solutions to achieve mitigation and adaptation to climate change.”

“Through this Coalition, we will be able to provide high-level leadership and guidance to boost international cooperation and promote trade policies, initiatives and actions towards climate-resilient economies,” Dombrovskis pointed out.

He concluded that “time is of the essence to face the devastating impact of climate change on people and economies worldwide.”

The EC stressed that “a prominent element of the Coalition’s agenda is to identify ways in which trade policies can support the most vulnerable developing and least developed countries that face the greatest risks from climate change.”

The group will cooperate with “climate communities,” international organisations, private companies and NGOs, with the EC pointing out that all interested countries can join.

The EC noted that the Coalition will identify and adapt trade-related strategies to address climate change in line with UN, EU and World Trade Organization (WTO) environmental guidelines and rules.

The group was officially launched at the World Economic Forum (WEF) meeting in Davos in 2022 and presented its plans at the WEF meeting in 2023.

It is to hold a meeting on the margins of the WTO Ministerial Conference slated for early 2024.