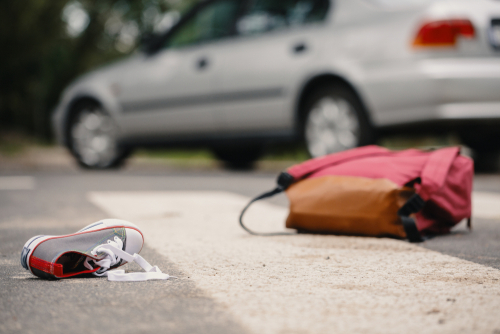 Brussels (Brussels Morning) It was a particularly violent accident, which occurred last night on Boulevard Wahis, at the intersection of Boulevard Léopold III, near Place Meiser in Schaerbeek. “Two people were mowed down on this dangerous axis of the capital. [The] victims [are] seriously injured “, recalled a resident of the neighborhood.

After contacting, the North police zone (Schaerbeek, Evere, Saint-Josse-ten-Noode) confirms the facts. “Two pedestrians (a woman and a maheurs man) were hit by a vehicle. The pedestrians were taken to the hospital in serious condition, but their lives are not in danger,” explains Audrey Dereymaeker, spokesperson for the police zone.

“The driver of the vehicle said ‘safe’ and was therefore not driving under the influence. The circumstances of the accident (speed, crosswalk, traffic lights, etc.) will still have to be determined by the investigation”, adds the spokesperson.

This axis is regularly considered to be an accident-prone artery in Brussels. In February 2019, a human chain was formed in particular at the initiative of the collective 1030/0 to call for more safety for pedestrians on Boulevard Lambermont, which geographically precedes Boulevard Wahis.

The collective wanted to react to the aftermath of this accident: “We cannot anticipate the investigation, but it is already clear that the infrastructure there is inherently unsafe. The place is close to the ZACA de Meiser which is still not redeveloped. The place of the accident is a plain of infrastructure, not a place on a human scale. Anyone who wants to cross Wahis Avenue at this point must cross the tram tracks and no less than eight lanes of traffic. Even the Brussels R0 ring road is narrower in some places. The construction of the Corona cycle path further down was a small step in the right direction, but little or nothing has changed regarding the accident. The 1030/0 collective has been calling for the reconstruction of avenue Wahis – avenue Lambermont for a long time. This accident once again demonstrates the urgency.”

In November 2018, a section radar was installed on Boulevard Léopold III in particular to invite motorists to limit their speed there.